Here, you will find out all the new updates of Grace and Frankie season 7, and why it is a final season.

In September 2019, Netflix’s longest-running comedy show “Grace & Frankie” was renewed for season 7. The filming of this season was supposed to start in 2020 but thanks to the pandemic, it was delayed and supposed to cancel.

The American comedy series Grace and Frankie is the Netflix longest ongoing series, which is created by Marta Kauffman and Howard J. Morris. In this series, two unlikely friends Grace Hanson and Frankie Bergstein were brought together to live in the same house because their husbands are in love with each other. The story depicts the hustle and bustle of Grace and Frankie’s life and shows their happiness, love, hilarious movements, annoyance, and critical lifestyle.

Grace and Frankie Season 6 was well admired and increased the excitement for the next season. As this series is going forward in a special way, we can say that season 7 will be super interesting.

Is Season 7 of Grace and Frankie the final season?

All the seasons of Grace and Frankie from one to six are top-rated and loved by fans.

On September 4, 2019, the official channel of Grace and Frankie tweeted about the last season of this series.

“You have laughed with us, cried with us, and grew old with us. Today we announce Grace & Frankie has been renewed for what will be our seventh and final season.”

Sorry to fans of this series, but Netflix officially announced that season 7 will be the last.

It’s pretty clear that it should be the last season, because of the still going pandemic condition and the age of both the lead actresses Jane Fonda (Grace) and Lily Tomlin (Frankie) can’t be ignored.

However, this series including season 7 will not fulfill the older and traditional goal of 100 episodes by containing 94 episodes in total.

We are pretty sure about the returning original cast

Officially, Netflix didn’t announce the cast members for Season 7 but some are obvious to come in this Season. However, some new characters will be added to give the new look to the show.

Will Dolly Parton comes in Grace and Frankie Season 7?

In an interview, Lily Tomlin has signaled the appearance of Dolly Parton by saying:

“We’ve got a great role for her this time. I think she will do it. I’m just hoping she will”.

Dolly Parton also made words in the media that she was trying to get the reunion of fellow cast members for a long time. And what will be better than that? We will get a new and engaging story in season 7 with this reunion.

What turns will Season 7 of Grace and Frankie take?

The story is still under wrap but it seems that we will see the increasing conflicts, coming along with their friendship and anger living under the same roof.

When will the filming begin of Grace and Frankie Season 7?

Right after the release of Grace and Frankie season 6, Netflix has laid the first stone of production of season 7 on January 27, 2020.

But in March 2020, due to Covid 19 Pandemic all over the world, the filming of this season was shut down but with no news of Grace and Frankie season 7 throughout the summer, had made the idea of cancellation of this season in the follower’s mind that made them despondent.

Thankfully that news turned out wrong, Jane Fonda shares the news by saying:

“A long time to wait but, given the age and vulnerability of the 4 leads, it’s best. I’ll be headed into 84 by the time we’re done. Yikes!”

So, the creators are currently planning to start production in June 2021 and that is the final news for now.

When will the final season of Grace and Frankie release?

As it is confirmed, the filming of season 7 will start in June 2021, then obviously the 16 episodes long season will take some months in filming so it is not going to premiere in 2021.

It is a bit of a long time to wait for this series but it will absolutely be worth waiting. 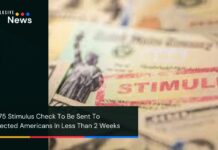 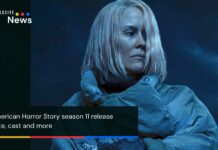 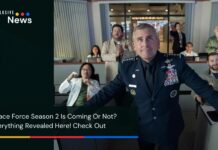 Space Force Season 2 Is Coming Or Not? Everything Revealed Here! Check Out