Netflix has many popular kdramas in its Kitty. But there are very few who have managed to garner attention from the fans on a global level.

And Netflix Medical kdrama Hospital playlist is one of the few series that has managed to do this in a Susan of 1 year.

This popularity is the reason why it’s getting a deserving season 2.

With days away from the official release, there’s a lot of vital information that you might not know when it comes to watching Hospital Playlist season 2.

By the end of this post, you will have all the necessary details of Hospital Playlist Season 2. Its timings, release date, Cast members, possible plot expectations, and much more.

If you are curious to know about them, then do read this post from scratch.

Hospital Playlist started shooting on Netflix in Feb 2020. So, fans were expecting the show to return around the same time in 2021.
Then in April, TVN confirmed the release date of Hospital playlist season 2,

The Kdrama will begin airing from 17 June at 9 p.m. KST or 8 am EST in the United States.

The best thing about Hospital Playlist season 2 is that the main cast will be returning for the show.
No changes at all. And right at the start of this year, the star-studded cast was spotted together for reading the 1st script.

Apart from the main cast members, these are some supporting cast members who’ll be reprising their time in the upcoming hospital playlist season 2:

The first season majorly focused on the friendship and day jobs of the doctors.
Now, based on the recently dropped teasers, Hospital Playlist’s second season is expected to focus more on their ordinary lives and relationships.

In the reunion video during their script reading session, the director behind the first season hinted that the show will emphasize a rather touching storyline.

Besides, there are a couple of questions that must be answered in the Hospital Playlist Season 2. Especially the budding romance between Song-Hwa & Ik-jun and the cliffhanger ending.

You see, in the final episode of Hospital Playlist Season 1, right before leaving for a symposium in Spain, Ik-jun professed his feelings to Song-Hwa and told her to take the time she needs & let him know the response once he returns from the trip.

In 1st season, a love triangle between Chu Min-Ha, Seok-Hyeon, and Yoo Sin-hye looks looked quite evident. During the finale episode, Seok-Hyeon received a surprising phone call from Sin-here. Therefore, ending the show on rather a nail-biting note. Now, with the next season, showrunners are planning to go the next mile to explore their relationship with both women.

How many episodes will there be in the hospital playlist season 2?

Well, at the time of announcing the season to TVN didn’t mean to mention the number of episodes. The next season will be getting

However, if I look at the past release, you can expect it to have something around 12 episodes with each episode airing for 90 minutes each (Including ads).

At what time, the upcoming Kdrama will be available on Netflix?

Well, as I said above, new episodes will be available right after they have aired locally in South Korea.

So it would be sometime around 9:30 a.m. Eastern Standard Time.

Is there any teaser trailer of Hospital Playlist Season 2?

Yeah, there is. And you can watch it from right below: 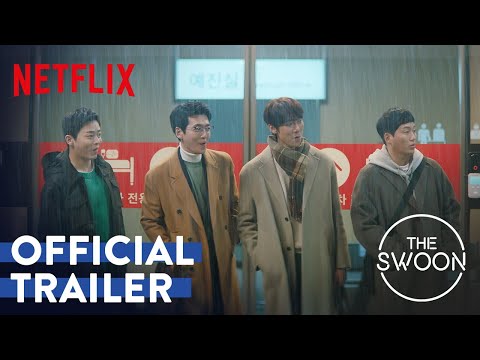 It doesn’t matter if the Hospital playlist is a medical drama or not.

Getting renewed for a second season is the biggest accomplishment in itself.

You see, there are very few kdramas that have renewed for a second or third season.

Recently, Vagabond Kdrama was another TV series that got renewed for a 2nd season.

Besides, with the kind of story & actors this series had. it was bound to get the success it deserved.

Honestly, speaking, this was only possible, this was possible only because of local and international Fame.