Austin fatal shooting case update, Army sergeant, indicted on a murder charge. Army Sergeant who shot and killed a protestor armed in the Texas capital after the crowd demonstrated police violence last summer was convicted of murder. According to a Texas district attorney, a grand jury indicted Daniel Perry on counts of murder in killing a man during a Black Lives Matter rally in 2020. According to Travis County District Attorney José Garza, Perry was additionally charged with one count of aggravated assault and one count of deadly misdemeanor conduct connected with the event on July 25, 2020, in Austin.

Details of the incident

Garrett Foster and his fiancee Whitney Mitchell were at a protest in downtown Austin in July 2020. The 28-year-old was armed with an assault rifle, which is permissible in Texas under open carry legislation. As demonstrators marched down Congress Avenue, US Army Sergeant Daniel Perry turned south and drove into the crowd. According to authorities, Perry was working as an Uber driver on the night of the shooting, and at 9:50 p.m., he beeped his horn on Fourth Street before turning down Congress Avenue and into the mass of demonstrators.

Clint Broden, Perry’s attorney, argues it was an accident. Foster’s family believes Perry purposefully drove into the crowd. According to Austin police, protesters began pelting Perry’s car. Some protesters claim Perry drove aggressively through the crowd, honking his horn. Foster then approached Perry’s driver’s side window, brandishing a rifle. He was legally allowed to carry the gun. His mother claims he took it to protect himself during protests

Perry claims Foster pointed the gun at him. Foster approached Perry’s car, police say, and Perry grabbed his pistol and fired, fatally injuring Foster before driving away and dialing 911. In the aftermath of the incident, police held Perry but did not arrest him.

According to Perry’s lawyer, Clint Broden, Perry was an army sergeant located at Fort Hood who worked as a rideshare driver that night. Broden said he’d just dropped off a passenger before turning down a street and coming face to face with a BLM protest. Perry’s attorney in Dallas, Clint Broden, expressed dismay with the charge but reiterated his client’s claim of self-defense and expressed confidence that Perry will be acquitted.

According to Broden, several individuals began pounding on Perry’s car. A man wielding an assault-style weapon approached the vehicle and beckoned Perry to down his window with the gun. Foster holding the assault weapon, began to lift the AK-47 toward Sgt. Perry. Only then did Sgt. Perry, who had a gun in his car for his protection, opened fire on Foster, believing his life was in danger, “Broden remarked. If Perry goes to trial, the jury may have to decide who made the first threat.

Shreds of evidence against Sergeant Perry

The jury was presented with the “most accurate possible collection of facts,” according to District Attorney José Garza, who ran on a platform of police accountability during his campaign. Two witness demonstrators to the incident told the Texas Tribune last year that Perry’s actions were aggressive, intentional, and deliberate.

Perry had previously made comments on a now-deleted Twitter account about vowing retaliation against protesters, which his team of lawyers claims was taken the wrong way. Perry responded to a tweet from former President Donald Trump, suggesting that protests in Oklahoma will face “a completely different situation” than protesters in New York or Minneapolis. He allegedly tweeted – Send them to Texas; we will show them why we say don’t mess with Texas.

Perry is a trump supporter and would surely follow Trump’s ideology about these protests that especially are emphasized on BLM. Nothing is unknown of Trump’s take on the Black lives matter movement. 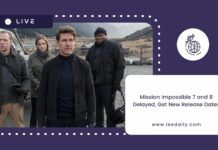 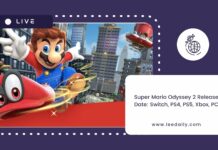 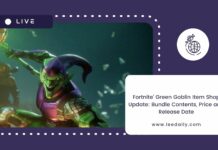