Season 2 is all set to come this October. Here are all the updates on the show.

One of the favorite stories of anime lovers is coming to entertain the audience in the coming few months. There were several speculations for the season two revival after the story concluded in season 1. But luckily we now got the confirmed dates for season 2.

Yashahime: Princess Half-Demon is a Japanese anime series that is a sequel to the fan-favorite Inuyasha anime series. Inuyasha is based on the manga series illustrated by Rumiko Takahashi. This adventure fantasy is produced by Sunrise and directed by  Teruo Sato. Princess Half-Demon season 1 was released on 3, October 2020 with a total of 24 episodes that concluded in March 2021. It received mixed reviews from critics but anime lovers supported it. Season 1 received 7.2/10 on IMDb and 6.7/10 on Myanimelist. In 2021, Princess Half-Demon was ranked 9th on Animage’s 43rd Anime Grand Prix.

With this much popularity and the craze, enthusiasts of the show started demanding another season. Now Princess Half Demon is getting another installment to please the audience with a different theme. Here are all the latest updates on the show, let’s dig into it.

Release Date: When will it premiere?

Well, there is good news for the audience. After season 1 concluded, the fans are waiting for the continuation of the story. The anime already got the confirmation for the next season and now we also have the release date of Season 2.

The makers have planned to drop season 2 on Saturday, October 2, 2021. So yes… Get ready to take the rides of various adventures and if you are also among the followers of the show, bookmark the date. The story will continue on this day on several platforms. You can check it out below.

The release date is confirmed by Yashahime’s official Japanese Twitter account which stated that Yashahime- Princess Half Demon Season 2 is scheduled to release on Saturday, Oct 2.

Another official tweet also confirmed that it will premiere on Japanese television along with that it will also premiere on Crunchyroll, Funimation and Hulu, like season 1. There is an additional hint that the three-piece J-pop group will record a brand new opening theme for the new season.

Who will be the cast of season2?

The character’s performance was tremendous. In Crunchyroll’s 2021 Anime Awards, Yoshihito Hishinuma and Rumiko Takahashi were nominated for Best Character Design. So there are pretty high chances that the show will return with the same characters.

Along with these, we will also have a supporting cast. Additionally, we will have some new faces also to lead this fantasy story, as per the requirement of the plot. However, the makers are silent on this, and maybe all the cast will release a few weeks before the season. If anything comes out. We will get back to you.

Plot: What will be the story of Season 2?

There is no update on the upcoming story. There is just the confirmation that there will be a new opening theme of season 2. At the end of Season 1, we saw  Kirinmaru intervenes in the battle. He scattered the rainbow pearls, of which demonic powers are equivalent to the Shikon Jewels, and fled from there. But Sesshomaru leaves Setsuna and Moroha to face Kirinmaru. The story is going to take several turns from here.

Must Check:  Loki Will Continue for a Second Season on Disney+

This action-adventure revolves around Sesshomaru and Rin’s half-demon twin daughters named Towa, Setsuna, and Moroha, Inysuha’s teenage daughter. The girls discover the truth of their past and one day Towa is reunited with Setsuna but she cannot recognize Towa as Setsuna became a hard heartened demon.

It will be interesting to see what the story is going to serve us in the next season, but there are high chances that the plot and voice characters will again entertain us.

There is no trailer for season 2. However, there are several spoilers and fan-based trailers available on the internet. But for exact information, we have to wait for the official trailer of season 2.

The show has proved its popularity. The makers already renewed the story and confirmed the release date. So it will be enthralling to catch the fascinating story on October 2 and take the rides of adventures. If anything new comes in, we will surely share it with our viewers, Stay Connected with us for more… 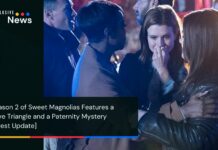 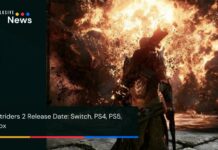 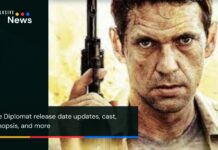 The Diplomat: Will It Ever Going To Happen?