The United States Representative Drew Ferguson (R-GA) who is a member of the House Ways and Means Committee and Chief Deputy Whip of the House Republican Conference, brought in the Restricting IRS Financial Surveillance Act in order to inhibit the Internal Revenue Service from executing any new reporting provisions for the banks or other financial institution as part of the intense bank surveillance rule of the Biden Administrations.

What are the concerns that are raised regarding the privacy of an individual?

Serious concerns have been pointed out regarding the privacy of individuals, the capability of the IRS to protect the private bank account details, and inapt load upon families and small business owners. Congressman Ferguson stated that “We should not allow the IRS to invade the privacy of Americans by snooping into their bank accounts.”

What did Leader Kevin Brady, the House Ways and Means Republican say?

The House Ways and Means Republican, Leader Kevin Brady stated “The Biden Administration and Congressional Democrats have clearly demonstrated their intent to instate a broad financial surveillance regime using Americans’ private financial information. In an attempt to chase down an ill-defined “tax gap” that may not even exist, Democrats are willing to throw caution to the wind, put secure information at risk, and further inflate the unchecked power of the IRS.

This IRS surveillance is an invasion of individual’s privacy and with Democrats’ history of weaponizing the IRS for their own political gain, it’s in every American’s best interest that we prevent the use of private financial information for this type of egregious power play.” “The IRS bank surveillance scheme in the Democrats’ ‘reconciliation’ bill is a dangerous threat to our privacy that targets farmers, families, and small businesses.”

What is the opinion of Congressman Buchanan in this context?

“Americans should not accept this, nor Speaker Pelosi’s demand to unleash 80,000 more IRS agents on hardworking taxpayers.” “The Biden administration’s disturbing proposal to surveil the bank accounts of everyday Americans is a massive invasion of privacy and sets a dangerous new precedent.”

What are the opinions of the other Congressman and Congresswoman?

Congressman Rice stated “Providing the IRS with unfettered access to peoples’ personal financial information should rightfully scare every American with a bank account. That’s why I’m committed to stopping this frightening new plan dead in its tracks and applaud Congressman Ferguson for championing this important new legislation to do just that.” “I fully support the Prohibiting IRS Financial Surveillance Act to keep the IRS from monitoring and tracking Americans’ bank transactions,”

Congresswoman Walorski stated “The Biden Administration and House Democrats have shown they don’t mind weaponizing the IRS at the expense of our privacy. We must protect Americans’ private information from these overreaching surveillance programs.” “Like so many Hoosiers, I am appalled by President Biden and the Democrats’ scheme to enable the IRS to snoop on Americans’ bank accounts and infringe on our privacy and security.”

Congressman Arrington stated “We cannot accept their plan to turn financial institutions in Indiana and across the country into local outposts of the IRS with the sole purpose of reporting Americans’ personal financial account information back to the government. It’s clear that the Democrats are focused on weaponizing the IRS for their own political gain and securing more control over Americans, from cradle to grave.

I will continue to oppose this radical agenda and stand up for Americans’ rights and privacy.” “Democrats’ attempt to create a ‘surveillance state’ on the American people is outrageous and a blatant violation of privacy.”

Congressman Hern stated “The IRS has a shocking history of privacy leaks, unacceptable inefficiency, and abuse of power. IRS bureaucrats don’t need more power, banks don’t need more red tape, and the Americans don’t need the government intruding in their lives more than they already do.” “At a time when trust in government is at an all-time low, expansion of IRS surveillance power is the last thing that people want.”

Congresswoman Miller said “Rather than writing a sensible bill that can be responsibly paid for, Democrats have instead produced a bloated socialist wish-list that they say will be paid for by ‘reducing tax fraud.’ What they mean to say is that they will snoop around Americans’ personal finances trying to generate revenue that might not exist.

The Federal Government has no right to monitor American citizens’ everyday transactions. I am proud to join this measure and send a clear message to the Biden Administration that Americans do not need this and will not stand for it.” “I join my fellow Ways and Means Republicans in standing against Democrats’ intrusive IRS regime, which violates the financial privacy of American families and small businesses,” he added further “We cannot allow the Biden IRS to continue its months-long record of fraud, overreaching power, and disregard for citizens’ personal information. I applaud Congressman Ferguson for introducing this legislation to hold the IRS accountable.” 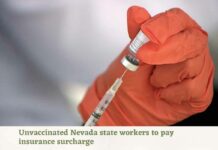 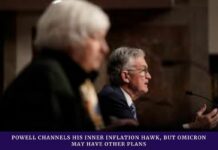 Powell Channels His Inner Inflation Hawk, but Omicron May Have Other Plans: Morning Brief