HIGH ALERT: On Thursday, 4th November 2021 it has been reported that a group of Texas veterans is supporting the battle to ban the Delta 8 THC products. The court decision will be taken based on hearings that were to be held on Friday in Austin. The main cause of the fight to ban Delta 8 THC products is that it is believed to be an isomer of Delta 9 THC, which is the main psychoactive ingredient in marijuana.

The makers, dealers, and buyers all believed that Delta 8 was made legal under the 2018 federal Farm Bill and new state law in 2019 legalizing hemp. However, the Texas state attorneys think that Delta 8 has always been illegal.

Two Parties of the Friday’s Hearing

“The producer’s attorneys would have presented lab experts and organic chemists who would have explained the effects of Delta 8 and accuracy of testing surrounding the newly marketed product.

These experts would have been joined by representatives of Veterans of Foreign Wars, who would have also testified on behalf of Hometown Hero”, as stated by Mitch Fuller, VFW’s director of governmental and public affairs on November 4, 2021.

“Delta 8 is crucial to our veteran brothers and sisters who have post-traumatic stress disorder and pain,” Fuller said. “It helps our veterans avoid, in many cases, having to take synthetic pharmaceutical drugs.

Opinion: Weaponizing Government Against Its Citizens

It’s a much better path, a natural path to addressing these needs.” As mentioned above by Mitch Fuller, he addresses the need for Delta 8 as a medicine for the ones who suffer from PTSD that’s why the veterans declared it illegal to use it for other products.

Fuller commands VFW Post 10427 in Leander, a community outside Austin. “The hall is among the first establishments to have a Hometown Hero vending machine on the premises.

The unit once featured a host of Delta 8 products from the company”, Fuller said. Majority of veterans usually bought products from the machine, including Fuller too. “Once a judge denied a request from Hometown Hero to temporarily take Delta 8 off the controlled substance list, all Delta 8 products were pulled from Hometown Hero’s shelves — including at VFW Post 10427. Until 10 days ago, it was a legal product, and we think it should remain so,” Fuller said.

Kyle Rittenhouse ‘the Only Person Who Killed Anyone’ in Kenosha Unrest, Prosecutors Say

The monopolistic approach of Hometown Hero is clear enough to understand why he is against the ban on Delta 8 THC products, but the court should consider the appeal of Texas veterans who seriously need Delta 8 as their natural cure for post- traumatic-stress-disorder. Post-traumatic stress disorder is a serious disorder that can attain a level of severity if not treated timely and appropriately.

Therefore, rather than entertaining the pharmaceutical giants and Delta 8 THC products manufacturers, it would be justifiable and suitable to stand in support of the Texas veterans who are intensely seeking help from the district court in their favor. Hopefully, the rightful one will win this battle! 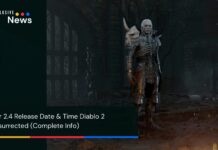 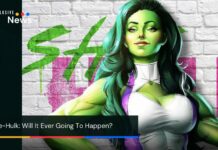 She-Hulk: Will It Ever Going To Happen? 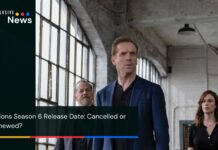