Former President Donald Trump’s political associate Steve Bannon turned himself in to the FBI on Monday, pleading guilty to criminal contempt of Congress for refusing to comply with a House select committee investigating the Jan.

6 attack on the Capitol. Bannon was charged with two counts of contempt on Friday for failing to comply with a committee order to produce any records and testify about the assault.

Who Are Bannon and What Are the Charges on Him

He was the former executive chairman of Breitbart News and previously served on the board of Cambridge Analytica, a now-defunct data-analytics firm. Bannon criticized the Republican Party establishment after leaving the White House and backed insurgent candidates in Republican primary elections.

Bannon was charged with two counts of contempt on Friday for failing to comply with a committee order to produce any records and testify about the assault.

In August 2020, Bannon and three others were arrested and charged in connection with the We Build the Wall campaign with conspiracy to commit mail fraud and money laundering. Despite pledging that all contributions would go toward erecting a wall, the defendants allegedly profited themselves.

Before his trial, Bannon pleaded not guilty and was pardoned by Trump. After suggesting that top government infectious disease expert Anthony Fauci and FBI Director Christopher Wray should be decapitated, Bannon’s Twitter account was permanently terminated in November 2020.

In October 2021, Bannon was found in contempt of Congress after he refused to comply with a subpoena issued by a House of Representatives committee investigating the 2021 attack on the United States Capitol.

On November 12, 2021, he was charged by a federal grand jury on two counts of criminal contempt and surrendered himself to authorities three days later. Bannon appeared calm and relaxed in front of Magistrate Judge Robin Merriweather inside the courtroom. While inside, he removed his mask and sat with his hands clasped in front of him, occasionally smiling as he spoke with his counsel.

After making a brief appearance in federal court on Monday, Bannon told reporters outside that they had taken on the wrong guy and that the case will be a misdemeanor from hell.

Bannon cut a promo for his radio show on his social media platform on his way into the FBI’s Washington Field Office to turn himself in earlier, telling his fans not to take their eyes off the ball.

Bannon was freed under general supervision before the virtual hearing with District Judge Carl Nichols and was ordered to check in with the court once a week by telephone. He gave up his passport and is now unable to obtain any other international travel documentation.

He must also continue to live at his current location and report any travel beyond the district to the court.

“We’re overthrowing the Biden regime,” Bannon said, without addressing the charges of contempt of Congress leveled against him. He also stated that he wanted his supporters to remain focused and on the message to defeat the Biden Regime.

He also reminded his followers that all of these incidents are noise, and no signal. He then walked away, saluting in front of the camera.

The indictment kicks off what will almost certainly be a lengthy legal struggle for the Jan. 6 committee, which is attempting to compel more witnesses to testify about the events leading up to the attempted coup, including any interactions they may have had with Trump. 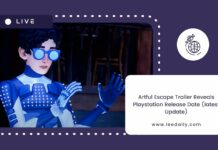 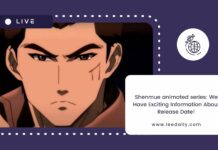