Despite opposition by Republicans and persisting questions about the White House’s insistence that the cost of its frameworks will be completely covered, House lawmakers have extended their votes to pass President Biden’s massive spending package on Friday.

The only Democrat who broke with his party opposing the bill was Representative Jared Golden, D-Maine, the vote was 220-213.

Mccarthy Blusterous Speech Lasted for More Than Eight and a Half Hours, Forced Vote to Friday

On Thursday night, House Speaker Nancy Pelosi, D-Calif, planned to extend the vote on the bill but House Minority Leader Kevin McCarthy, R-Calif., gave an acrimonious floor speech that continued for over eight-and-a-half hours and pushed the vote to Friday.

He argued that Democrats are “out of touch” with common Americans since he criticized opposing the bill.

Msnbc’s Joy Reid Refuses That Inflation Is Changing the Economy, Blames Gop of Seizing on the Problem

McCarthy said, “From bank surveillance to bailouts, this bill takes the problems President Biden and Democrats have already created and makes them much, much worse.”

In the history of the House of Representatives, his speech was the longest one ever delivered on the floor and even left behind a speech that Pelosi delivered back in 2018. Termed the “Build Back Better Act,” the bill of $1.75 trillion consists of huge investments in social programs and moves being supported by Democrats and focused on curbing carbon emissions. An amount of more than $550 billion will be spent alone on green energy and initiatives related to climate.

The regulation includes funding for:

The Biden administration along with top Democratic authorities claim that the bill’s costs will be entirely covered by counterbalancing measures added in the spending package. Tax rise on corporations and the wealthiest Americans raised IRS tax enforcement and prescription drug pricing reform are parts of those measures.

Tucker Carlson Asked How Much Longer Can This Go on in Our Country?

The offsets will generate revenue of nearly $2 trillion through 2013 as claimed by the White House, which is sufficient to pay for the “Build Back Better Act” and ultimately to minimize the federal deficit. But, earlier in the day, a report released from the Congressional Budget Office opposed that claim.

The Congressional Budget Office found out that $367 billion will be added to the federal deficit over ten years as a result of the spending package, which even has not taken into account the impact of the IRS plan.

Additionally, the nonpartisan agency stated that the inflated IRS tax enforcement would result in generating net revenue of nearly $127 billion, which is much less than the estimate of $400 billion, announced by the Treasury Department and the White House.

Despite the CBO’s analysis on the IRS plan, Treasury Secretary Janet Yellen claimed that the CBO score doubled with analysis from the Treasury and the Joint Committee on Taxation, stating that the bill was “fully paid for” and would lead to reducing the deficit long-term.

A similar claim was made by House Speaker Pelosi as well, claiming Democratic lawmakers before the vote that the variation in IRS predictions would “not be an issue.”

Only after months of negotiations between progressive and moderate lawmakers, the House manage to pass the reconciliation bill, and with the party split being 50-50, Democrats face a rough road ahead in the Senate.

Some major amendments are expected to be forced by Moderate Sens. Joe Manchin, D-W.Va., and Kyrsten Sinema, D-Ariz., and have till now not committed to endorsing the ultimate legislation.

And it’s not transparent House progressives will endorse what breaks out of the Senate, which could be working on the bill intensely into December. 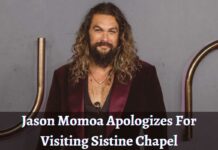