Following a CNN report on strained relations amongst the White House staff, Vice-President Kamala Harris was interviewed on ABC News this Thursday. The report had alleged that the West wing Presidential offices of the White House are not on cordial terms with the East wing VP office.

CNN sourced its report from dozens of the staff working at the White House. It reported that Vice-President and her staff were viewed as unpopular within the West wing because of the “entrenched dysfunction and lack of focus” on part of the East wing.

This comes amidst the popularity poll of the Biden administration, with Kamala Harris gathering a dismal vote of 28%. The poll was commissioned by USA Today and was carried out by Suffolk University.

Not only is the percentage 10 points lower than that of President Biden, but it is even lower than that of Dick Cheney, the vice-president who had reached the 30% vote in 2008 after his decline in popularity following years of casualties in Iraq.

CNN also reported that the vice-president’s aides are disappointed because they believe that Harris is being sidelined. Moreover, the hot-button issues have been assigned to Kamala Harris such as the Border Immigration issue and that of voting rights.

The Harris staff feels that the Vice-President is not being developed or trained adequately for the future elections as in done in the US Presidential System.

Eleni Kounalakis, a close friend and the lieutenant governor of California said to CNN, “It is natural that those of us who know her know how much more help she can be than she is currently being asked to be. That’s where the frustration is coming from”.

The interview was conducted by Good Morning America’s George Stephanopoulos, a seasoned host, and a hard-core Democrat.

He referred to CNN’s report, questioning Harris in this way,  “Vice Presidents always face chatter about their role and relevance, you’re no exception to that. Even your close friends and allies like the lieutenant governor of California, Eleni Kounalakis, have expressed some frustration because they think you can be more helpful than you’ve been asked to be.

Do you share that frustration? What do you say to your frustrated friends?” To this Kamala Harris replied with no direct answer, instead she said, “This was a good week, and this week, when we got this Bipartisan Infrastructure Act passed and signed by the president, makes a statement about all of the hard work that has gone into it, month after month after month”.

She added, “We’re getting things done, and we’re doing it together.”

“So you don’t feel misused or underused,” Stephanopoulos asked. “No, I don’t,” Harris replied with a laugh.

Harris also brushed off the results of USA Today’s approval rating by saying: “Polls, they go up, they go down. But I think what is most important is that we remain consistent with what we need to do to deal with the issues that we’re presented with.”

Jesse Watters on ‘The Five’

Jesse Watters is the co-host of Fox News’s talk show ‘The Five’ since 2017. He is a conservative commentator on American politics. Yesterday, on a discussion on Kamala Harris’s position within the White House, Watters disapproved of the vice-president’s approach.

He quoted CNN’s report, saying that Harris was “forced to do her damage control after a brutal report on dysfunction in her office and allegations that there is a nasty feud going on between her staff and Joe Biden’s White House.”

Jesse Watters suggested that the interview was not handled effectively by Harris, saying: “That should have been an easy interview for her. I mean, Stephanopoulos – he’s a hardcore Democrat. That’s where you go to clean things up, and she couldn’t even do that”.

“Clean up on Aisle Kamala,” he added. 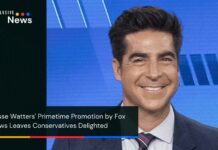 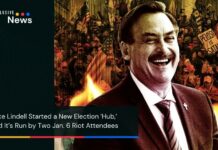 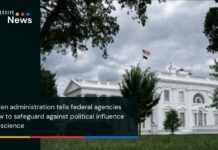