“With the entry of her new boyfriend and her mother becoming her super boss, Lahela’s life is going to be difficult this season.”

Season 1 of the bubbly medical show on Disney +, Doogie Kamealoha, MD, has concluded its season 1. Now the fans are looking forward to more life stories of Lahela in season 2.

Set in Hawai, the show revolves around an extraordinary 16-year old teenage doctor, Lahela nicknamed “Doogie”. She is juggling between her profession, family, and her personal life.

The show is based on a 1989 medical drama, Doogie Howser, M.D, premiered on ABC.

The series is quite popular among Disney fans. Now, the fans are curious to know about Season 2. Well, we have a few interesting insights for season 2 right here. So, don’t go anywhere without reading till the end if you are a fan of the medical drama.

Season 2 of the comedy-medical drama is yet to renewed. However, creator Kourtney Kang has revealed that he has already planned for season 2 and is hopeful that Disney will soon renew the series for the second installment.

However, as of now, the renewal seems strenuous. There are numerous medical dramas already present on different streaming platforms.

Moreover, the series got an average rating from the critics. It only received an IMDb rating of 6.3 out of 10. However, it is renowned among the Disney audience. There is a slight chance that the series might get renewed soon. 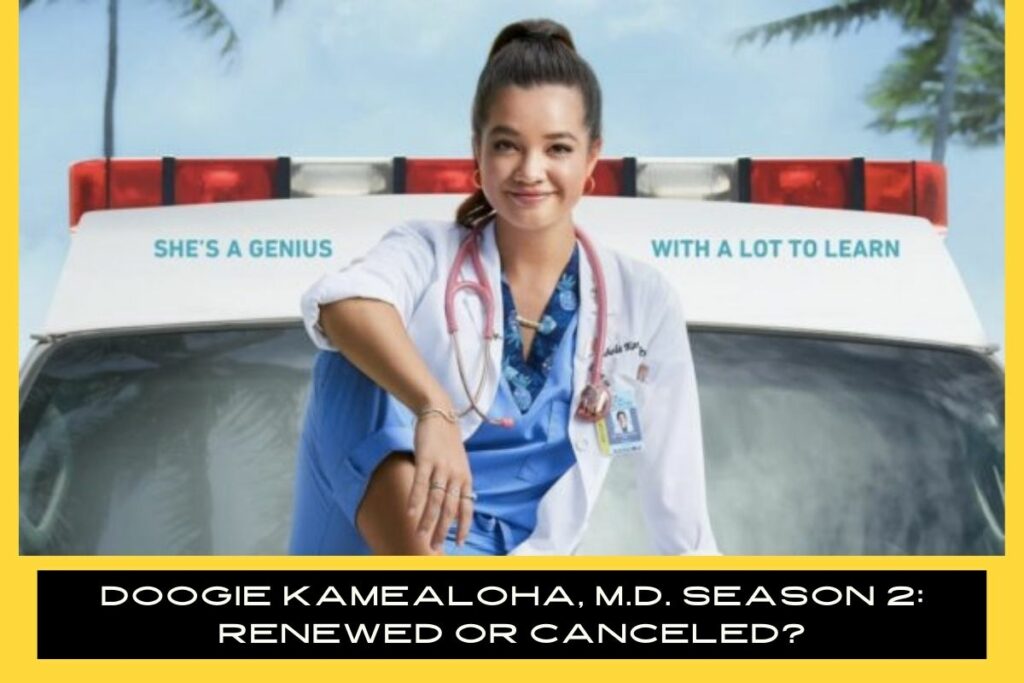 As stated above, the series is not renewed for the second helping so far. So, it’s improbable to guess its release date as of now. Creators announced season 1 in April 2020 and Disney took it over in September 2020.

The first season premiered in September 2021. It took almost one and a half years from its announcement and almost one year after Disney took it over.

Accordingly, our best guess is the series will likely to release in the fall of next year or at the beginning of 2023.

If Disney decides to give a green light to the second season of the series, we can expect the following characters will reprise their respective roles.

We may also see new faces in the second season, but nothing has been confirmed so far.

Though Disney has not renewed the series for the second season, the show’s creator, Kourtney Kang, shared a few fascinating potential storylines for season 2.

The life of Lahela and everybody connected to her is going to change in season 2. Kang said season first introduces us to the beautiful characters. Season 2 will delve more into the life of all the characters.

Women’s March Apologizes for Email Reporting an Average Donation of $14.92: ‘A Year of Colonization’

Usually, the trailer of any season arrives before four to six weeks of the release of the season. So, it is confirmed that the trailer is not coming any time sooner as the series has not been renewed yet.

We will keep you posted if any teaser or trailer arrives. Till then, have fun while watching the quirky trailer of season 1 here.