THE NEXT MAJOR Genshin Impact update is Version 2.5, and it will draw on new characters, events, weapons, and rewards for players to gain.

We are still in the middle of Version 2.4, but as usual, leaks and speculations regarding the upcoming update have already started spinning.

So, what do we know regarding Version 2.5? Not a lot about it has been officially announced, but there’s enough information out there. Let’s have a look at those.

When Is Genshin Impact Version 2.5 Releasing?

Developer miHoYo tends to cling to a six-week schedule with its Genshin Impact updates, so presuming that launch stays the same, we can say that Version 2.5 will release on February 16, 2022.

Any details regarding Version 2.5 are yet to be confirmed by miHoYo at this time, although we should suppose additional details to spill out over the forthcoming weeks.

A Version 2.5 Livestream event will possibly premiere two weeks before the update, on or nearly February 4, 2022.

What Time Will the Genshin Impact Version 2.5 Maintenance End?

As each major Genshin Impact update releases, a maintenance period also comes with it on the same day, usually, it lasts for somewhere from 4 to 5 hours.

During the maintenance period, the game becomes offline, which enables the developers to make things ready for the update.

Many a time and often, the maintenance period ends at approximately 11 p.m. ET, sometimes sooner on the day of the update.

What Are the Genshin Impact Version 2.5 Maintenance Rewards?

To compensate for taking the game offline, all players get rewards from miHoYo with 300 Primogems and this equals nearly 60 Primogems for every hour the game remains offline.

And we would like to remind you that this reward must be claimed within 30 days following the update.

Is There a Genshin Impact Version 2.5 Trailer?

Not yet, but judging by the rollout of past Genshin Impact trailers, you can expect one for Version 2.5 to go live around 10 days before the update’s release.

This means assuming Version 2.5 launches on February 16, miHoYo will likely publish a trailer for it on February 6, 2022.

What Are the Genshin Impact Version 2.5 Character Banners?

Leaks and rumors indicate several characters being included as part of Version 2.5, along with Yae Miko. We have been aware of this Five-star character for quite some time now, but on December 31, miHoYo finally made the confirmation of her presence, after a set of leaks.

Although, the panel did not reveal the character’s release date officially. Further, a Reddit leak appears to have unfolded her weapon, which is an Electro element catalyst utilized for varied attacks.

It’s also feasible Kuki Shinobu will be added apace with Version 2.5. This is yet another Electro-based character who is popular as the companion of Arataki Itto. Shinobu is a Four-star character who leaked in 2021, so we have been aware of her for a while, too.

In line with the Electro-theme for this update, there has been speculation that Five-star polearm-wielder Raiden Shogun is going to be a rerun character during Version 2.5.

What Are the Genshim Impact Version 2.5 Leaks?

According to Twitter user @Genshinmains, the new weekly boss is rumored to be none other than Raiden Shogun herself.

And finally, custom domains are said to be added, enabling players to build up their own, as leaked by Twitter user @Genshin_Intel. 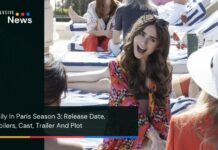 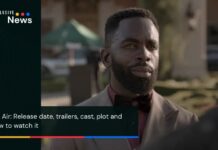 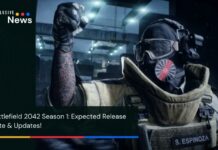