A massive prehistoric “sea dragon” was unearthed in Rutland reservoir in the Midlands, U.K., stamped as one of the recent most significant discoveries in British paleontology history.

According to The Guardian, the 10-meter-long ichthyosaur (also known as sea dragon) is roughly 180 million years old. He is also the most giant and most complete fossil of its kind ever discovered in the U.K.

According to the BBC, the block containing the 2-meter head and surrounding mud weighed a tonne when lifted for conservation and research.

Joe Davis of the Leicestershire and Rutland Wildlife Trust spotted it in February 2021 while emptying a lagoon island at the Rutland Water reservoir.

“The discovery has been intriguing, and it has been a true career highlight. It’s exciting to learn so much from the find and to imagine that this incredible creature was once swimming in the waters above us, “Davis stated.

“Rutland Water is once again a sanctuary for wetland fauna, but on a lesser scale.”

Sea dragons, which resembled dolphins in form, ranged from 1 to 25 meters. The earliest ichthyosaurs, often known as sea dragons because of their vast teeth and eyes, were found in the early 19th century by the palaeontological and fossil collector Mary Anning.

Paleontologist Dr. Dean Lomax, who led the excavation team, described the discovery as unparalleled and one of the biggest finds in history.

“It was an honor to be in charge of the excavated thought that there are many ichthyosaur fossils in Britain. The Rutland ichthyosaur is the biggest skeleton ever discovered in the country, “Lomax told the BBC.

“It is a genuinely unusual discovery and one of the most significant discoveries in British palaeontological history.” He further said that Britain was the birthplace of ichthyosaurs, with fossils recovered there for over 200 years.

Mark Evans of the British Antarctic Survey studied Jurassic fossil reptiles for more than 20 years. According to Mark, the Guardian that it was evident from the first glance of the partially exposed fossil that it was the region’s biggest ichthyosaur.

“It wasn’t until after the exploratory excavation that we saw it was almost complete to the tip of the tail,” he explained. “It’s a big discovery, not just nationally and globally, but also for the people of Rutland and the surrounding region.”

Paleontologists will continue to investigate the find, and scholarly articles will be published in the future. 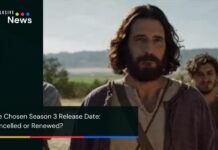 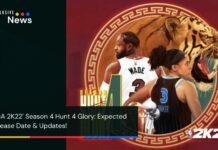 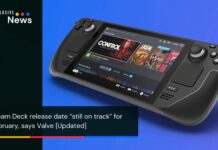