So, there is good news for the fans of Power Book II: Ghost since the third season has been given the green light. And it’s already gone through a huge change.

Showrunner Courtney Kemp has pulled out, and Brett Mahoney (Empire) will replace her for the forthcoming season of the Starz series.

Kemp will still be there as an executive producer but is going onto pastures new following signing a four-year deal with Netflix earlier this year to produce content for streaming across the world.

The President and CEO of Starz, Jeffrey Hirsch, said that “The continued success and cultural resonance of the Power universe are unprecedented, and fans are still hungry for more Power Book II: Ghost.”

He then added, “We’re excited for the third season of the star-studded series to get into production early next year just ahead of the debut of Power Book IV: Force, the fourth installment in the rapidly expanding franchise.”

The production of the show is expected to start this year.

Here’s everything you need to know regarding Power Book II: Ghost season 3.

Though the second season is still premiering on Starz, no release date has been announced yet for the third season. Even so, whilst we wait, the new spin-off series Power Book IV: Force will be premiering on February 6.

Power Book Ii: Ghost Season 3 Cast: Who Will Be Joining the Cast?

The show revolves around Tariq St Patrick (played by Michael Rainey Jr), son of James ‘Ghost’ St Patrick and Tasha Green-St Patrick, so we can assume him to return to reprise his role along the side of the center cast as mentioned below:

It has also been confirmed that Lethal Weapon star Keesha Sharp will be seen in the third season as a recurring character in an important role.

Sharp will portray the character of Professor Harper Bonet, “a progressive intellectual and boho beauty”. Since production pumps up, we could be able to come through more announcements regarding the cast.

Power Book Ii: Ghost Season 3 Synopsis: What Will Be the Next Chapter?

The show will go on to chase Tariq since he attempts to live the college student life and fool his work as a drug dealer with the Tejada family. Since we are still in the middle of the second season it is tough to say what will be the next season about until the consequence of the finale of season two.

Things are intensifying in the second half of the second season with Lorenzo Tejada (played by Berto Colon) a free man following spending the whole of the first season in imprisonment. On the other side, Tariq has ended up in jail and claims he has been forged. (Although he is out on bail.)

The remainder of the season will possibly be following Tariq’s situation, he has a trial in the cards for the killing of Jabari Reynolds and Officer Danilo Ramirez and the inconstant changing aspects in the Tejada family following Lorenzo’s come back.

With Monet and Tariq in opposition to each other and her power under risk, we could contemplate a showdown between the two of them.

Just like the second season started with looking at the start of the killing of Tariq’s professor, Jabari Reynolds, we might catch sight at another death heave us into the third season.

Power Book Ii: Ghost Season 3 Trailer: When Will It Be Out?

As of now, there is no announcement made for the trailer for season 3 yet though you can have a look at the trailer for the new spin-off series Power Book IV: Force by clicking on the link below. 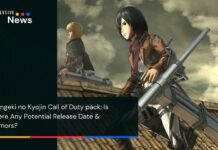 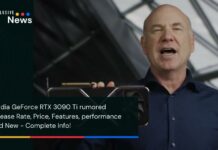 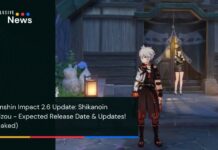