Home Entertainment Everything You Need to Know About the Tindler Swindler: Release Date, Plot,...

Netflix is back again with an intriguing crime documentary called The Tinder Swindler. Slated for a premiere on 2nd February 2022, this crime documentary will be a story about a common man who cons women for money over the social media platform Tinder.

What Is the Tinder Swindler About?

The Tinder Swindler is inspired by the stories of an Israeli man Simon Hyut who was a fraudster and conned many women using the dating app Tinder.

In this documentary, Netflix will feature the stories of Pernilla Sjoholm, Ayleen Charlotte, and Cecilie Fjellhoy who fell prey to the mastermind of Shimon Hyut and ended up losing a lot of money.

So how did he manage to fraud so many women? Well, Shimon Hyut posed as one Simon Leviev, a billionaire, and son of a Russian Israeli diamond mogul, Lev Leviev.

To make his story sound legitimate, Leviev created a persona, hired fake bodyguards, and even got people to pose as his business partner.

Directed by Felicity Morris, The Tinder Swindler will be a Netflix exclusive release with a run time of an hour and 54 minutes. RAW, ACG Studios, and Gaspin Media came together to create this crime documentary.

Although Leviev was successful in conning multiple women for money, as per the latest trailer, his stint came to a halt when the three women came together to seek revenge for his actions.

As Netflix released the first trailer of The Tinder Swindler, the caption read “They matched and Fell in Love. That’s When Their Dream Man Became Their Worst Nightmare – So These Three Women Teamed Up To Take Down The Man Who Conned Them”

The Tinder Swindler is going to be a part of “True Crime Slate”, a category of movies/documentaries focusing on the criminal minds from around the world.

Under the same slate, Netflix is also looking at a new release in 2022 called “Trust no one: The hunt for the crypto king”, which will depict the mysterious death of Gerry Cotten, the cryptocurrency millionaire.

In addition to that, “The Puppet Master: Hunting the Ultimate Conman” and “Tiger King 2” will also be released as a part of the true-crime slate.

On the official Twitter handle of Netflix, they tweeted about the Tinder Swindler saying, “You’ll never swipe right the same again after watching this new film that tells jaw-dropping story of a prolific Conman who posed as a billionaire playboy on Tinder and the women who set out to bring him down”.

This documentary will keep the audience on the edge of their seat as there will be interviews with officers of law enforcement who investigated the Conman.

The movie will also feature stories of the journalists who covered the journey of Simon Hyut along with some of the women who were conned by him.

Some of His Earlier Crimes

Times of Israel informed the creators that Simon ran away from Israel in 2017 to escape the charges that were against him.

Although he first took shelter in Europe, in the next two years his home was Scandanavia and that is where he made up the character Simon Leviev, son of a Russian-Israeli billionaire Lev Leviev.

Now, viewers are excited to see more of this documentary. So, wait till February 2022 and all your doubts will be cleared. 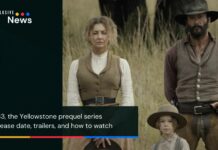 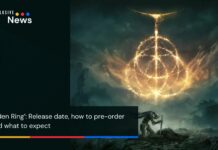 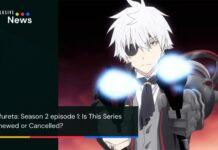