The game world catches its breath and for the first month, we have time to catch up with the backlog because usually, the first major premiere starts to appear in February.

This time however sony decided to heat the atmosphere a bit by presenting some new pieces of information about the upcoming VR goggles at CES.

So we received confirmation of the official name and specifications now just a disclosure of the hardware name may evoke a resemblance with Jim Ryan’s speech from CES 2020. That is not the end. Sony is also introducing the VR game called Horizon Call of the mountain.

What Was the Big News From the CES Conference? What’s New?

Now it has become clear that some of the rumors that surfaced in recent months have been confirmed sony will get into the hands of the player’s OLED displays with 4k resolution and HDr support.

The presentation of the Ps5 logo is a full list of technical details that only will get into the hands of the players. It is still highly doubted whether we will get one panel.

For example, it is solved in the case of oculus quest 2 where one LCD panel is artificially divided into two lenses. Maybe rather there will be two separate ones for each eye so far all speculation.

The resolution of the lenses will be 2000 by 2040 pixels for each eye which compares favorably to the competition.

The images will be displayed at a refresh rate of 90 and 120 hertz which is the same as the first generation of headsets from sony and facebook devices.

It gets even more interesting in the case of sensors cameras and complexity of the installation method the first generation of PSVR required to operate an additional accessory in the form of an external PlayStation camera and a tangle of cables with which to connect the equipment to the console sony, fortunately, decided to make our lives a bit easier and made the new goggles with a single USB type-c cable which we need to connect to the front part of the console this is not a perfect solution but a doubly a significant step forward compared to the original.

Who Are the Masterminds Behind Horizon’s Call of Mountains?

It is going to be a whole new experience as this game is going to be played on PlayStation PSVR. The fact that you can experience the adventures of the game through virtual reality makes it even more unique and exciting.

This unique experience is brought to you by the combined minds of Guerrilla Games and Firesprite who are well known for creating VR games and technology. Guerrilla also developed the all-time famous game “The forbidden West”.

When Will the Game Be Available?

Well, Sony has not released the particular date for the availability of the new PlayStation and but at least for now, we can expect it to come out in the next few months. 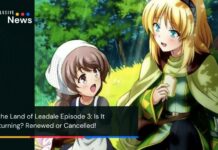 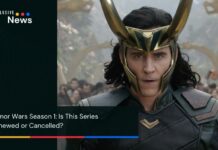 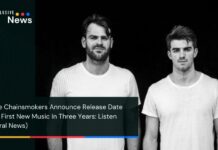