About the Black Clover Series

The very famous Black Clover series is a part of the Japanese manga series. The author and illustrator of this series are Yuki Tabata. The Black Clover started publishing as a series in the weekly magazine of Shueisha’s Shōnen Jump on February 16, 2015.

The Background Story of the Black Clover Series

The story of this spectacular series revolves around a boy named Asta, who was born without any magical or superpowers.

Whilst the world in which Asta lives is a magical one, and everyone over there possesses some magical powers, they do not know that Asta does not have any sort of magical powers.

Asta was left alone in an orphanage, and there he made a friend whose name was Yuno. Since Asta did not have any magical powers so he focused on the betterment of his physical strength so that he could become much stronger.

Yuno was also keenly interested in taking part in this competition, and he was not an easy competitor rather a strong rival. The friendship of these two childhood friends turns into a rivalry because of this competition.

To achieve their goal, both Asta and Yuno join the Magic Knight squad and several other squads, but later they find out that the squads are trying to impose their Devil’s as the rulers of the Clover Kingdom.

After a lot of delays, it has been announced that the 319th chapter of the Black Clover series will be released on January 16, 2022, around the world.

Readers can read the upcoming episode in English on the official websites and apps of Manga Plus and Viz Media, and this release date has been verified by these two broadcasters.

What Would Be the Story of the Upcoming Chapter 319?

The upcoming chapter is going to be named “Great Magic Knights vs Devil Kings”. Suppose the information obtained from the spoilers is correct, so the new chapter would cover the fight which would take place between Lucifero and Mereoleona and Jack.

All the attacks done against Lucifero would go in vain, and nothing or no one would be capable of standing against him, not even the shots made by Dorothy, Nozzle, and Charlotte.

Hence, Charlotte understands the need for Rill’s magical powers to defeat Lucifero; otherwise, nothing is going to work against him, and they cannot defeat him all alone by themselves. At the end of this chapter, Asta is going to attack Lucifero from the back.

Well, as per the spoilers given above, it seems it is going to be Asta who would defeat Lucifero, but these are just the spoilers; they may be true or false both.

Now, it depends only on the actual story of the upcoming chapter whether Asta is going to be the one to defeat Lucifero or not or someone else would do so, or Lucifero would win or not?

All of these interesting and provoking questions will be answered soon, on January 16, 2022, when chapter 319 will be released. So stay tuned, everyone, for the upcoming thriller twist and plot, which will blow your mind with a lot of suspense and fun. 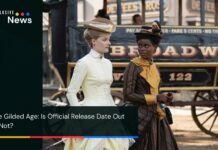 The Gilded Age: Is Official Release Date Out or Not? 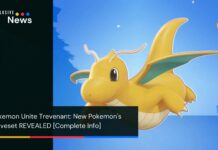 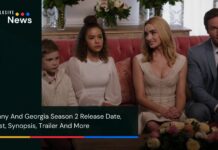