Rugby, which originated in 1823 from England, has come a long way. It is said that William Ebb Wellis picked up the football and decided to run with it during a match of football being played at his boarding school. Although insufficient evidence supports this, the World Rugby Championship Trophy has been named after William Ebb Wellis. The first International Rugby game was played between England and Scotland in 1871, with Scotland winning 1-0. Its pioneers, playing for Rugby School at Warwickshire, England, would have never thought about the advent of E-Rugby – the electronic form of Rugby. Like other digital sports games, Rugby 22 video game can be played on computers or gaming consoles.

Accordingly, the EKO software house decided to develop and publish its games for Rugby. EASports has tried its luck too with the development of Rugby games such as Rugby 08, but it did not connect with the audience how EASport’s FIFA games do. Consequently, they decide to drop the project. With the baton in EKO Software’s able hands, the Rugby 2022 game is all set to be released on January 27th this year. The official Twitter account posts regular updates regarding the game development process. They have also shared some key details regarding the game’s features. A gameplay trailer has also been released recently. It’s now just a matter of time before Rugby fans can start playing the game on their gaming stations.

The Rugby game series was developed by the EKO Software, published by Nacon and Big Ben Interactive. Initiated in 2018, the game follows Rugby Union rules and has released 2 editions, Rugby 2018 and Rugby 2020. In 2019 and 2021, the game was not released. However, in 2022, the game series available for PC and Gaming Consoles such as PlayStation 4, PlayStation 5, Xbox One, and Xbox X | S has been scheduled for release.

Lack of Good Games for Rugby?

All rugby enthusiasts agree that a game must be released on the same high standards as the FIFA official football game series. All this development will also help promote the game worldwide to young gaming enthusiasts. Former World Rugby Vice President Agustin Pichot made a critical fact that no decent Rugby games exist. The last one better positioned to attract the youth was Jonah Lomu’s Rugby 1995 game.

Pichot highlighted the issue in his election campaign to become the governing body’s chairman a few years back. He said, “Rugby’s old-fashioned in terms of technology. I see my kids today and realise the importance of e-sports for the new generations. They play Fortnite, League of Legends, FIFA. The established sports markets are connected with digital games, which is a vast means of attracting a younger audience. FIFA 2020, NBA 2K20, NFL Madden.”

“Rugby hasn’t had a decent game since Jonah Lomu Rugby in 1995, so that would be part of the remit for a dedicated World Rugby innovation department. You need to think about how you approach the modern fan. Young boys and girls. It’s not rocket science.”

The trailer offers a sneak peek into the beautiful world of E-Rugby. The developers have used a more robust AI, optimizing the controls and making the entire Rugby experience even more realistic.

Now, it’s time to share some details regarding the latest gaming additions to this year’s game of Rugby. French top tiers like Top 14, ProD2, and the United Rugby Championship as part of this new game. Moreover, new teams have been introduced. Read on to get all latest the info:

Rugby 22 has major national teams from all over the globe, like Scotland, New Zealand, Australia, France, Ireland, Italy, Japan, Wales and Georgia.

Single and Multiplayer modes are available. You can play online with friends or suit your style by competing against the AI.

You can build your career in this Rugby Sim. Playing in Career Mode allows you to create your club, build your dream team and compete against other teams.

The game boasts of new tutorials to learn and become a better player. Use your time to excel and improve your gaming performance.

With AI and motion capture technology, the game has simulated Rugby players over the globe. It has led to the game being close to the actual physical rugby experience. 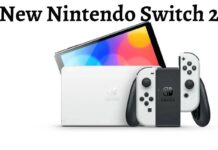 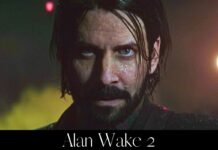 When Will Alan Wake 2 Be Available? Will IT Be on Xbox Game Pass?