Halo has always been at the center of discussion in the gaming community. The buzz and craze surrounding the game are worth the mention and currently, fans of this classic game cannot wait for the new edition, the Halo Infinite Season 2.

It has been quite a long wait and fans are eagerly waiting for the release. In the season, there are a lot of new additions, rewards, and features to look for. It will have new cosmetics and rumors suggest there will be new map pools to explore. All of this combined increases the anticipation and excitement likewise.

Now talking about the release or start of the new season, there is no official news from 343 Industries, the developers of this popular game. It is expected to start in May 2022. The first season was quite long and a lot of changes and upgrades to the game are highly expected in Halo Infinite Season 2. News of any specific start date has not surfaced yet.

New seasons of Halo were planned in a three-month cycle by 343 industries but as Halo Infinite was due for some much-needed updates, the release date was postponed. Right now, the developers are working on the content and it is likely to get a May 2022 start.

Grey’s Anatomy Season 19: We Have Exciting Information About Release Date!

What Can Be Expected From the New Season?

Enthusiasm among the fans surrounding the maps in the new season is real as there will be five new maps to play in. We haven’t got hold of any official statement about the maps but the leaks suggest a few names.

The new season will bring a new Battle Pass. Like Halo Infinite Season 1, in Season 2 also there will be new rewards to look out for. Although what the rewards and new additions will be is not yet disclosed, there will be news soon about it.

An announcement from Jerry Hook, the head of Design at 343 Designs mentioned players can earn credits while progressing in the game. The credits will be offered as Battle Pass rewards.

The gaming community is crawling for more intel regarding the new season. One good news for the fans is players will not have to finish Season 1 before starting 2. It can be played separately.

The most anticipated aspect of the Halo Infinite Season 2 however is the Co-Op campaign. A co-Op campaign or cooperative campaign expands the multiplayer aspect of the game, making the experience even more competitive and united.

Players can enjoy the extraordinary open world of Zeta Halo and that also with all their friends. It is likely to treat the players with more excitement and /action.

So, people who have already played the Halo Infinite know the huge collection of guns and weapons they can play with. The armory is full of surprises with new guns and weapons for different maps in Halo. Some of the best top-tier weapons or “’ Power Weapons” you should watch out for. Look for the timer as these weapons are not always available to play with.

In addition to these top-tier weapons, there are a few High Tier weapons that are quite reliable on the go.

Although we are talking about the Season 2 release date and details, there has been a notable update in season 1 recently.

The multiple beta release in November came as a surprise for the fans and because it is a free-to-play multiplayer, it has already garnered a good reputation among everyone. There are new information and enhanced gameplay to experience.

The campaign is available to play on PC and Xbox consoles. It is available as an in-game purchase, an online version, and a physical disc option too. 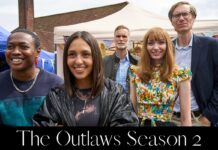