Home Entertainment Morbius 2022: What About The Release Date? All The Major Insights!

Fans eagerly await the stellar performance by none other than Jared Leto in his upcoming Marvel Film, Morbius. His powerful portrayal of the character sets him on a pedestal for the viewers who are enamored by his work.

For the fans who were looking forward to seeing Jared on their screens in a couple of days, we have some unfortunate news for you. The film’s release has disappointingly been postponed to April.

When Will Morbius Be Released?

Originally set to release on the 28th of January Morbius will hit theatres on the first of April instead. It’s a major setback for eager fans who have been anticipating the release from before the pandemic.

The movie was initially supposed to premiere on the 10th of July, 2020 but we all know how covid significantly strained the cinematic industry. Strict restrictions were imposed and cinemas shut down which was a major hindrance to the film’s release.

New dates were proposed but unfortunate circumstances seemed to just be ever-prevailing. With the pandemic raging once again as Omicron spreads uncontrollably, a future release date is likely to get affected again as public health cannot be compromised.

We can still be hopeful for an early release provided everything goes as planned without unexpected twists.

Why Is the Morbius Release Facing a Delay?

The delay is being credited to the blockbuster success of Marvel’s Spider-Man- No Way Home which established itself as the most profitable and accomplished release of 2021.

The movie has garnered immense praise from critics and audiences and a major contributor to its acclaimed fame is how it targeted the sentiments of Marvel fans by reviving the nostalgia that everyone craved to see.

A huge gross value of more than 1.37 billion dollars has been reported as the film breaks records with an increasing influx in demand.

The screens which were reserved for Morbius are still earning a hefty sum by screening Spider-Man- No Way Home which is possibly why Sony has postponed the release of Morbius.

The New Release Date and Face-offs

If Morbius was released on the prior set date of 28th January it would have faced competition from other much-awaited releases including Clean which is a crime drama with an impressive cast featuring Adrien Brody, Richie Merrit, Glenn Fleshler, and more.

Charlie XCX: Alone Together would also be released in the same timeframe starring Peter Dinklage, Kelvin Harrison, and Haley Bennet along with many others. With Morbius being released in April the film will be facing some tough competition yet again.

With highly anticipated releases like You won’t be alone, Easter Sunday, and The Contractor, Morbius will have to rely on being an audience favorite with the Marvel tag and hopefully, it can level up with Marvel’s previous release which has done exceptionally well in theatres.

Morbius is inspired by the famous Marvel Comics which has a very unique and interesting storyline. Directed by Daniel Espano, the movie is set to dazzle viewers by showcasing the talented Jared Leto as Michael Morbius.

The perplexing character of Michael Morbius will be portrayed as an antihero who is inflicted with a rare blood disease that lands him severely ill. To escape the torment of the disorder and help others who are similarly inflicted, Dr. Morbius embarks on a risky game of chance.

In the beginning, the gamble seems to have bore fruit but it is soon revealed that something is not right. Dr. Morbius senses a mysterious change as his vampirism begins to take form.

The question is will evil override his determination to work for a good cause or will he be successful in not falling victim to his urges. Only time will tell.

‘Predator’ Prequel ‘Prey’ Gets 2022 Release Date: Is It Officially Confimed? 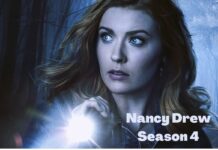 Nancy Drew Season 4 Release Date: Is It Renewed At The CW?