Michael Rapaport, a New York actor and comedian, recorded another YouTube video from his Upper East Side Rite Aid on Sunday, this time claiming the store is shutting down due to rampant stealing.

The clip was an update to a video Rapaport posted on Instagram last week in which he was enraged by an alleged shoplifter who boldly walked out of the Manhattan Rite Aid with bags full of stolen items.

Over Ukraine, the US Will Impose Sanctions on Russian President Vladimir Putin’s ‘Inner Circle’

“Back in my Rite Aid, and there’s nothing to steal because my Rite Aid, like so many other Rite Aids, is closing down because everyone took everything,” the “I Am Rapaport” podcaster says in the brief footage Sunday, showing rows of shelves that are empty.

According to the actor, the business, located at 80th Street and First Avenue, will close on February 15. Rite Aid verified the shutdown to The Washington Post. “And the employees here don’t know if they’ll be hired.” Rapaport adds in the video, “Congratulations, losers.” Rapaport wrote on Instagram last week, “I can’t believe I’m watching this s–t.” This f–king dude just got back from Rite Aid, right here on 80th [Street] and First Avenue, and he’s going down the street like s–t is Gucci.

I was keeping a close eye on him the entire time.” Rapaport pursues the suspected thief as he walks past a security guard and out the front door in the video, which has almost 300,000 views. “My man just did Holiday shopping in January,” Rapaport stated as he followed the man down the street. In the tweet, he tagged New York Mayor Eric Adams.

In recent months, shoplifters have started committing daring crimes at retail and supermarket establishments. Critics have faulted lenient approaches to prosecution for encouraging individuals to commit minor offenses. Theft of less than $1,000 is classified as a misdemeanor. It is unlikely to result in serious punishment.

The majority of thefts get unreported to the police. The Rite Aid on 50th Street and Eighth Avenue in Hell’s Kitchen is expected to shut on February 8 due to persistent stealing.

Details of the Robbery

According to sources, burglars have stolen more than $200,000 in products alone in the last two months. A Post reporter observed a thief at the scene as he stuffed four cases of beer into a canvas bag and walked out unharmed. “I realize I’m wrong,” the thief said to The Washington Post.

“If they instruct me to put it back, I do.” Workers report the crooks to come in twice a day, sometimes three times a day, with “laundry bags” and grab everything they want. “They take anything they want, and we have no control over it.” It’s the reason the shop is shutting. “They can’t afford to keep it open,” explained the staffer. Employees at Rite Aid stated they were ordered not to interact with the criminals in any manner. 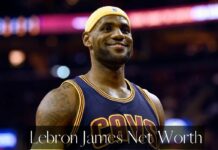 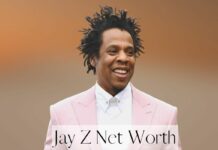 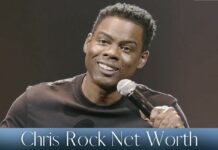