Home Entertainment The Matrix 5′ Finally Has a Release Date

Thanks to “The Matrix Resurrections,” Neo (Keanu Reeves), Trinity (Carrie-Anne Moss), and the bullet-riddled resistance against the robots were eventually resurrected in December 2021.

According to Box Office Mojo, the 4rth installment in the mind-bending sci-fi blockbuster grossed roughly $66 million in its first week of release, dividing fans over director and co-writer Lana Wachowski’s return to the landmark brand.

Even those who didn’t enjoy the most recent part in the series were likely captivated by the cliff-hanger ending, which was reminiscent of the original film. That begs the question: What are the intentions for the Matrix’s most powerful pair in the future?

Thanks to long-overdue sequels, some series have been resurrected long after they were assumed to be dead, with occasionally astonishing results. Who’d have guessed we’d see Sylvester Stallone repeat his role as Rock until the “Creed” trilogy came along? With that in mind, here’s all we know about the chances of seeing “The Matrix” again.

What is The Matrix 5’s Release Date?

There is currently no proof that a fifth “Matrix” film is in the works at WB’s water tower headquarters. As a result, there hasn’t been any release date announcement. If that does happen, fans should cross their fingers that it happens sooner rather than later, given the length of time, it took the last film to get rolling.

Given the 18-year gap between “The Matrix Revolutions” and “The Matrix Resurrections,” the goal is that a sequel will be released within the next decade, bringing us more high-level thrills and Agent-destroying action.

Given that the Matrix series is as much about hope as it is about hardware, Warner Media CEO Ann Sarnoff revealed that a fifth Matrix film is more likely than you may believe if one crucial actor is engaged. “Anytime Lana wants to do a movie, we’re all in,” Sarnoff told Deadline recently.

The Cast of Matrix 5

Given that the finale of “The Matrix Resurrections” established that Trinity was just as much a threat to the machines as her rule-bending beloved, it would make logical that both Keanu Reeves and Carrie-Anne Moss would return if a fifth film were approved.

It would also be fantastic to have Jessica Henwick’s Bug and Yahya Abdul-Mateen II’s Morpheus return to the fold.

In terms of the old guard, Jada Pinkett Smith’s aging Niobe, as well as her interactions with Neo and the younger blood of the freedom fighters, were fantastic additions to “Resurrections.”

It would be substantial to see her return in a role comparable to Judi Dench’s M from the Bond franchise. Hugo Weaving as Agent Smith or a variant of the character, at the very least, would be a welcome return for the other original cast members.

Jonathan Geoff had taken up the tasks after the previous adversary voiced his disappointment at not appearing. Perhaps watching the original model interact with the most recent with fresh skin would be a fascinating encounter.

The Plot of Matrix 5

Given that there are presently no plans to reboot “The Matrix,” any narrative would be nothing more than a spit-balling session, albeit in slow motion and with incredibly awesome sunglasses on.

Of course, after the events of “The Matrix Resurrections,” we can assume that Trinity and Neo have rejoined and are looking forward to getting back to what they do best: breaking the system.

Trinity requests that the robots keep their distance after breaking into The Analyst’s (Neil Patrick Harris) house — who you might argue was the architect keeping the two apart.

Meanwhile, Trinity says that she and Neo want to make a few changes to guarantee that the mechanical rulers do not enslave mankind that the human race’s heroes once again stopped before flying away.

The natural step would be for the robots to break their promise, prompting the resurrected team to come back to action to put things right. All of this would culminate in a spectacular showdown with Rage Against the Machine performing one more before the end credits. Classic. 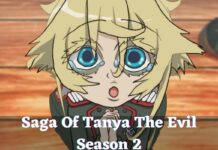