Home Other North Korea Claims to Have United States Mainland “Within Firing Range.”

In the wake of a month that saw a record number of missile launches, North Korea claimed that its weapons tests had “thrown the globe into disarray” and warned that the United States was “within shooting range” of the isolated state’s nuclear arsenal.

During the month of January, Pyongyang carried out seven missile tests, the most ever carried out by the country’s leader Kim Jong Un. The tests sparked worldwide worry and prompted calls from Washington for more United Nations Security Council sanctions.

“Since the beginning of the New Year, significant progress has been made in the sacred historic task to significantly increase the war deterrent capability of our country,” the North Korean Foreign Ministry said in a statement released Tuesday.

A claimed hypersonic missile system, train-launched ballistic missiles, and long-range cruise missiles were among the weapons that were reportedly fired. The launch of the Hwasong-12, an intermediate-range ballistic missile capable of reaching the U.S. island of Guam, on January 30 was a source of special alarm for the international community.

As the statement noted, “in particular, when we carried out the test-launch of hypersonic missile and the evaluation test-fire of Hwasong 12-type, [the world media] raised their voices in recognition of our tremendous military force.”

According to analysts, the ministry also boasted about its Hwasong-15 intercontinental ballistic missile, which was last tested in 2017 and is believed to have the range to reach the entire continental United States.

“There are more than 200 countries in the world, but only a few countries hold even the H-bomb, an intercontinental ballistic missile, or a hypersonic missile,” according to the statement.

Our state is the only one that can compete with America… and causes the world to shudder with an earthquake of unprecedented magnitude from the missile test, which puts the entire United States mainland in the firing range.”

Kim Jong Un said in mid-January that he would “promptly examine the issue of restarting all temporarily suspended activities” amid stalled negotiations with the United States.

Pyongyang has maintained a self-imposed moratorium on ICBM and nuclear weapons tests since a period of diplomatic rapprochement began in 2018.

The Hwasong-12 launch, which occurred ten days after Kim’s remarks, was North Korea’s most significant nuclear test since 2017, and it was denounced by United Nations Secretary-General Antonio Guterres as “a breaking” of the nuclear-weapons moratorium and “a clear violation of Security Council resolutions,” according to Guterres.

On Monday, a U.S. think tank revealed new evidence that North Korea is preparing to launch an intercontinental ballistic missile (ICBM), claiming that it had discovered a recently built missile facility in Chagang Province, 15 miles from the Chinese border.

Analysts from the Center for Strategic and International Studies in Washington, D.C., based on commercial satellite images and informed sources, predicted that the base would “likely host a regiment-sized force equipped with intercontinental ballistic missiles.”

According to State Department spokeswoman Jalina Porter, the United States has a “vital interest in deterring” North Korea, according to a press briefing held on Tuesday.

In her words, “it means fighting against any provocations or uses of force, limiting the reach of its most hazardous weapons programs, and above all ensuring the safety of the American people, our deployed forces and NATO partners.” 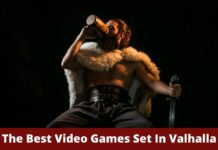 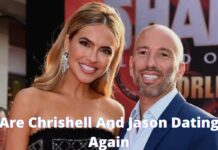