Frequently featured on the front pages of magazines and newspapers, they were the “It” couple of the 1990s, and everyone was wondering when they were going to tie the knot. That period saw a string of hits from Johnny Depp and Winona Ryder, both individually and together, who were A-listers at the time.

Winona Ryder, then 18, played Jerry Lee Lewis’ underage cousin in “Great Balls of Fire,” a biopic about the musician who famously married her against her will at the height of her career in the 1980s (via IMDb). At the film’s premiere, Johnny Depp met Winona Ryder for the first time, and the two fell in love at first sight.

‘It was like the zoom lenses in ‘West Side Story.’ Everything else gets foggy,’ he once told Rolling Stone (via Cheat Sheet).

According to People, they began dating two months later. The following year, they co-starred in “Edward Scissorhands” and were the talk of Hollywood. And they were kept under constant surveillance for the next four years, as well.

Depp married makeup artist Lori Anne Allison in 1983.  He was engaged to Jennifer Grey and Sherilyn Fenn in the late 1980s before proposing to Winona Ryder in 1990, inking “WINONA FOREVER” on his right arm.   He dated English model Kate Moss from 1994 to 1997.  After splitting from Moss, Depp began dating Vanessa Paradis, a French actress, and singer he met while filming The Ninth Gate in France in 1998.

Lily-Rose Melody Depp (born 1999) and John Christopher “Jack” Depp III (born 2002).   Having kids, Depp says, has given him a “…you can’t plan the kind of deep love that emerges in children. Being a father was not planned. It was part of my amazing journey. It was fate. The math worked.”  In June 2012, Depp and Paradis confirmed their split.

Ryder has houses in San Francisco, Los Angeles, and New York’s Williamsburg.   She identifies as Jewish while being reared in a secular home. She has faced anti-Semitism before.  She has insomnia and has been stalked.

Winona Ryder shares why she’s never got Botox, and why her idea of “wellness” involves a martini and a good book. https://t.co/CTZbfgu4vu

According to People, Winona Ryder’s first serious relationship was with Johnny Depp, who had already been married once and had dated other celebrities during his short career.

It wasn’t long before Johnny Depp had a tattoo inked with her name reading “Winona Forever,” a reference to the young actress who was nearly ten years his junior. Ryder was taken aback by the tattoo to the point where she initially doubted its authenticity. A 1991 Rolling Stone interview with Ryder recalls watching Johnny Depp get a tattoo.

She described her initial reaction as “shock.” “I kept expecting it to wash right off. I couldn’t believe it. Even though it’s temporary, this is a big deal.” When Depp and Ryder met, they were engaged within five months of their first meeting.

They remained engaged until 1993 but never married. But the pain of their split was so great, that Depp got a new tattoo, which now reads “Wino Forever” (via People).

Johnny Depp And Winona Ryder On Their Divorce

In a 1993 interview with the Los Angeles Times, Johnny Depp recounted what went wrong with Winona Ryder, implying that media pressure had a role. “It’s difficult to have a personal life here,” Depp stated. “My connection with Winona was too open, but I felt being honest would slay the curiosity monster. Instead, it nurtured it, made people feel a part of it.” 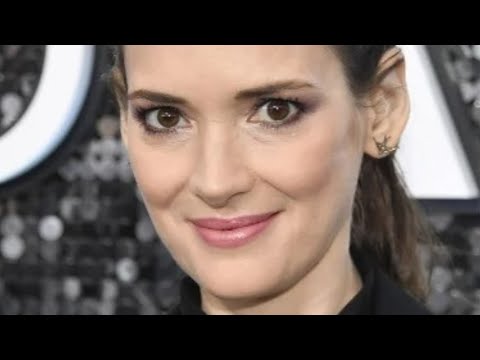 Ryder called the breakup “heartbreaking” and admitted to being depressed afterward to Elle UK in 2009. “That and Dracula were my last two. I’d just had my first serious heartbreak, “stated. “It was odd since everyone else believed I had it all, I had no reason to be sad, everything was perfect, but inside I was lost” (via People).

Guys stay tuned with us to get the latest update about every news like this. We will be happy to provide you with the best and latest news. Keep sharing and leave your comment in the comment section.