A lot has happened recently in the Internet world and the news of Elon Musk agreeing to buy Twitter for $44 billion is definitely one of the biggest news stories in the recent past.

Elon Musk, the world’s wealthiest man also had something interesting to add when he said he would reverse Twitter’s ban on Donald Trump as he thinks the social media platform has a strong left-wing bias. According to him, the decision to ban the former American president was “morally wrong and flat-out stupid”.

As per the recent news and statements, it looks like Elon Musk is ready to reverse the ban on Donald Trump’s account as soon as his planned takeover of Twitter is completed. According to Musk, if the tweets by the former president were illegal or destructive, they should be deleted or hidden, rather than just banning him from the platform entirely. Banning anyone from Twitter on a permanent basis should be a “rare thing” altogether.

Trump, 75, was suspended from Twitter earlier after his Tweets on the platform influenced his supporters to storm into the US Capitol. His tweets projected “further incitement to violence” and that became one of the primary reasons for the permanent ban.

Donald Trump on the other hand declared that he is not interested in returning to Twitter and ended up founding his own social platform called “Truth Social”. Although Trump built his political career on Twitter itself, his latest tweets did create havoc around the world and raised some eyebrows as well.

“Permanent bans should be extremely rare and really reserved for accounts that are bots, or scam, spam accounts" pic.twitter.com/Nne3zoGUoh

Mr. Trump’s ban from Twitter happened in January of 2021 after his continuous tweets in support of the rioters not only made the situation more violent but also raised serious concerns among the people around the world. Twitter said that Trump had violated its glorification and promoted violent policy. It was clear from his repeated posts that supporting the rioters who stormed the US Capitol is definitely something that’s not right.

Was Banning Donald Trump The Right Thing To Do?

Before the permanent suspension ban of Donald Trump from Twitter, his account was also temporarily suspended the same week for the same reason. A large number of his posts were hidden behind warning labels as those totally breached the guidelines and regulations Twitter had surrounding violence.

Surprisingly as soon as his temporary ban was lifted, Donald Trump returned to the platform and tweeted twice more expressing his disinterest in attending the inauguration of Joe Biden as the new president of the US. He even referred to his supporters calling them “American Patriots” who will have “a giant voice long into the future”.

As per Twitter, these tweets by the former US President not only sparked violence and rage among the supporters but also served as a “further confirmation that the election was not legitimate”

The tweet referencing the inauguration may also “serve as an encouragement to those potentially considering violent acts that the inauguration would be a ‘safe’ target, as he will not be attending”.

Looking at these tweets and statements from Donald Trump, the social media platform took the decision to permanently ban Mr. Trump “due to the risk of further incitement of violence”.

Elon Musk’s takeover of Twitter might revoke the permanent ban of Donald Trump but when the former president was asked about returning to Twitter, he said that he would be sticking to his own social platform, Truth Social, and not return to Twitter. 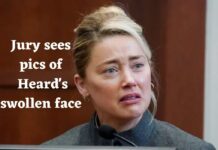 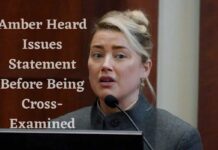