Speculation is rife regarding the rumoured iPhone 14 series, which is expected to arrive in the fall at the earliest, no matter what. Waving goodbye to the notch and utilising even speedier hardware, at least on the Pro-lineup, the iPhone 14 series is certainly shaping up to be another key milestone for Apple.

So, what have we been hearing, exactly?

It’s got everything from a punch-hole cutout to speedier technology to a higher price tag, including but not limited to: the demise of the mini and the development of a new device category (an affordable iPhone Max). And Apple should bring all of this to you in September 2022.

Apple will most likely debut the iPhone 14 series on either September 6 or September 13, 2022, and launch it to the market on September 16 or September 23, 2022. That’s owing to the customary dates that the business chooses on an annual basis and sticks to Apple tends to announce its new phones on the first or second Tuesday of September and subsequently launch them around 10 days later, always on a Friday.

It is customary for Apple CEO Tim Cook and other key executives to be on stage at the Apple Park headquarters in Cupertino for the keynote announcement of new iPhone models at 10 a.m. Pacific Time (6 p.m. GMT). Previously, the keynote was placed in front of a live crowd, but because of the COVID-19 epidemic, we expect the iPhone 14 unveiling to be a virtual-only affair.

So this is why we predict the iPhone 14 to be released in mid-September 2022, the normal iPhone launch period for Apple. It’s quite unlikely for something to change this pattern. This year’s iPhone 13 unveiling is expected to follow the same pattern as last year’s.

Recent rumours indicate the pricing of the iPhone 14 Pro and Pro Max variants to be higher than its predecessors. The predicted price jump is due to a multitude of causes, mainly more expensive components and the display in particular, plus overall price inflation across the supply chain.

Apple is allegedly still considering the price hike, especially everywhere outside of the US. Provided it does happen, then the prices of Apple’s 2022 lineup may look like this:

It’s crucial to highlight that the iPhone 14 Pro Max especially could get a higher price boost if a predicted huge camera overhaul materialises. In terms of other models, we don’t foresee a huge price increase, and if we do, it will most likely affect the Pro versions of these phones the most.

As per famed Apple insider Ming-Chi Kuo, Apple is considering a big camera update for the iPhone 14 family. Notably, Apple is going to add a new and much larger sensor for the main camera, a mammoth 1/1.3-inch 48MP sensor. This sensor is expected to equip the top-tier iPhone 14 Pro and Pro Max models.

The main wide-angle camera is the most likely to benefit from the larger sensor first, however, the upgraded camera tech would likely trickle down to the ultra-wide and telephoto cameras in later iPhones down the line. Of course, the Pro models will always be one step ahead.

“We believe that the next 2H22 iPhone may offer direct 48MP output and 12MP (four cells merging output mode) output simultaneously,” says Ming-Chi Kuo. “With 12MP output, the CIS pixel size of the new 2H22 iPhone climbs to around 2.5um, which is much larger than the iPhone 12 and iPhone 13, larger than existing Android phones, and close to the DSC level.”

iPhones have never had a camera sensor this huge before. The iPhone 14’s Night Mode and the iPhone 14’s quad pixel-binning technology should result in excellent low-light image quality. It looks like Sony will be delivering these new sensors, whilst LG will be charged with the creation of the camera modules for the iPhone 14 themselves.

What’s more, the upgraded sensor will theoretically allow for 8K video capture with the main camera. iPhones can only record 4K video at 60 frames per second at the moment. We are not sure whether 8K will truly arrive this year, though, as insiders have suggested it might not.

Apple will have to pay more to implement all of these useful camera enhancements, which will inevitably be passed on to consumers. It’s reasonable to assume that the new and enhanced camera technology will be available initially to the top-end iPhone 14 Pro/Pro Max models, so we shouldn’t expect a significant price increase across the entire range just yet.

The front camera, however, is anticipated to get redesigned on all four iPhone 14 versions with a new one that allows auto-focusing. Having a variable-focus front camera on future iPhones would be a welcome change from the fixed-focus front camera on prior models. While no resolution for the new front camera has been leaked, it is said to feature an f/1.9 aperture compared to the f/2.2 aperture previously employed, indicating that it will allow more light to enter the sensor.

What are the technical specifications of the iPhone 14? A new generation of Apple’s Bionic chipsets is announced every year, with each iteration being quicker than the one before it.

The new Apple A16 Bionic chip’s architecture is still a mystery.

Some rumours imply that the existing 5nm technology will be replaced by a 4nm or 3nm architecture. It’s expected that this will lead to better overall performance and energy efficiency. Others, though, highlight the worldwide semiconductor shortage and believe plans have been postponed, so the A16 might still use 5nm tech.

In theory, TSMC’s manufacturing plan suggests that performance gains of 15% and power reductions of 30% are possible, as well as a logic density increase of 70% over the current 5nm process (in ideal conditions).

What’s fresh new and extremely plausible, however, is that Apple will use the fancy new A16 chip just on the iPhone 14 Pro and the Pro Max, while the non-Pro models could remain with the older A15 Bionic.

There is also speculation that the Pro models will have 8GB of RAM, making them the first iPhones to offer this much memory. At the moment, the 13 Pro variants come with 6GB of RAM, while the non-Pro devices only have 4GB.

We’re yet to hear anything specific on the batteries of the iPhone 14 series. Coming from the outstanding battery life of the latest iPhone 13, our expectations are already high.

On the charging front, there are two significant theories going around: the first one is about a futuristic portless iPhone, while the second one is for Apple changing the present Lightning port for USB-C.

The portless iPhone is definitely not occurring in 2022, whereas the USB-C iPhone is a possibility but a very remote one. One thing that might help is the judgement by the European Commission that advocates for a universal charging port on all electronics to fight e-waste.

All four iPhone 14 will also have MagSafe wireless charging.

However, it’s unclear whether the series will include reverse wireless charging, a feature that we have seen on numerous Android rivals. Although it’s possible, and it could possibly be limited to the iPhone Pro models, nothing is certain at this time. For more such content do follow us only on leedaily.com 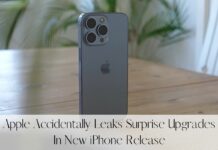 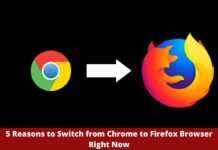 5 Reasons to Switch from Chrome to Firefox Browser Right Now 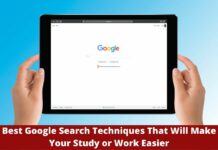