Brad Pitt, a well-known actor who won an Academy Award for his role in “Once Upon a Time in… Hollywood,” said in a recent interview that he may have prosopagnosia, a disorder of the brain that makes it hard to recognize faces.

Pitt has not been officially diagnosed with prosopagnosia, but he told GQ that he has always had trouble recognizing other people’s faces. The actor said he felt bad about having “face-blindness” and worried that it would make people think badly of him.

Pitt told Esquire in 2013: “So many people hate me because they think I don’t care about them.” “You get comments like, “You’re being self-centered. You’re full of yourself.’ But I don’t understand, man. I can’t understand a face, but I’m very interested in design and beauty.”

Officially, only doctors who specialize in neurological diseases could say whether or not Pitt has prosopagnosia. However, the actor’s symptoms seem to be consistent with face blindness. Still, Pitt’s interview has brought attention to a condition that many doctors think is more common than is thought at the moment.

The Twenty Item Prosopagnosia Index (PI20) is a self-report questionnaire that helps people test themselves for prosopagnosia. It was made by doctors to help bring more attention to the condition.

(If you want to test yourself, you can find a printable version of the questionnaire here.) At first, people weren’t sure if the benefits of a study like this (raising awareness of prosopagnosia) were worth the risk that people might self-diagnose incorrectly. However, a 2021 study published in the journal Royal Society Open Science found that the self-test was able to correctly identify the supposedly rare disability.

In an essay about his illness that Sacks wrote for The New Yorker in 2010, he talked about not being able to recognize himself in a restaurant window.

But prosopagnosia might not be as rare as people think. A study done by Penn State University researchers in 2008 found that prosopagnosia can be present from birth in as many as 1 in 40 people. Notably, the researchers found that people who get prosopagnosia from their parents will have “a characteristic set of clinical symptoms” that are just as clear and upsetting as those who get it from an injury.

After all, as the researchers pointed out, people with prosopagnosia all have the same health problems because their “neural structures are highly connected between different temporal, occipital, and frontal brain areas with several feedback loops.”

The National Institute of Neurological Disorders and Stroke says, “Depending on the level of impairment, some people with prosopagnosia may only have trouble recognizing a familiar face, while others won’t be able to tell the difference between known and unknown faces, and still, others may not even be able to tell a face from an object.”

One of them is the British neurologist Oliver Sacks, who has written many best-selling books about neuroscience, including “The Man Who Mistook His Wife for a Hat.” In an essay about his condition that Sacks wrote for The New Yorker in 2010, he talked about not being able to recognize himself in a restaurant window.

“As I sat at a table outside a restaurant, I turned to the window and began to comb my beard, as I often do. Then I realized that what I thought was my reflection was not cleaning himself, but was instead looking at me in a strange way “Sacks put words on paper.

If that security system doesn’t work right, the brain has other ways to protect itself, but they are usually less effective. People with prosopagnosia often train themselves to look for unique details like a person’s hair color, eye color, gait, voice, or other features that make them stand out. 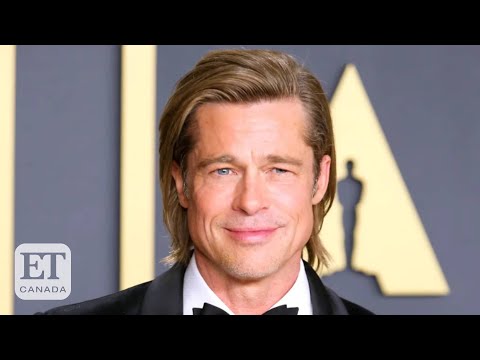 No one knows how many people are born with prosopagnosia or how many get it later in life, like after a stroke. It seems to be related to genes since both Sacks and his brother had it. But it is not just caused by genes, because prosopagnosia can also be caused by Alzheimer’s disease or any kind of brain injury that causes lesions.

Pitt isn’t the only famous person to talk about neurological diseases in the past few months. In March, it was reported that actor Bruce Willis had been diagnosed with aphasia, which is a general term for conditions that damage parts of the brain that are responsible for language.

Patients with aphasia often have trouble doing simple things like speaking, writing, and reading. Since most people use the left side of their brain for these tasks, people with aphasia usually have a stroke or head injury that affects that area. But aphasia can also be caused by neurological diseases that get worse over time and tumors.

Guys Hope this information is useful for you, Drop your comment Below and Stay tuned with us for more interesting news on, Lee Daily.