This month, the Mihoyo team made an unexpected revelation in the shape of a new game called Zenless Zone Zero. Zenless Zone Zero’s website premiered on May 13 after a countdown on the official website, and it gives us a lot of details about the upcoming “urban fantasy ARPG.” The game is a dystopian, almost apocalyptic journey filled with odd happenings and interdimensional monsters. Scroll down for Zenless Zone Zero Release Date Speculation, Beta, and More Details.

Even while Mihoyo is currently putting a lot of effort into Genshin Impact and hopes to release Honkai: Star Rail as soon as possible, the studio is still hard at work on this brand-new IP. Check out some codes for free items in Genshin Impact or Honkai Impact while we wait for additional information.

June 10, 2022: A trailer for Zenless Zone Zero was released, showcasing the fluid fighting.

What Is Zenless Zone Zero?

Zenless Zone Zero was introduced by Mihoyo, who also unveiled an official website with a glimpse at some of the story’s new characters. The visual design of Zenless Zone Zero is futuristic, and the fighting system is action-focused and cinematic with quick-time events. Additionally, a roguelike component is promised to be added.

What is known thus far is that the new game takes place in the survivor city of New Eridu and centres on an extraterrestrial problem brought on by Hollows, which are void-like bubbles that sprout across the city out of thin air and hold Ethereal monsters.

We know that you will play as a Proxy, a guide for the world’s survivors who goes into the Hollows with them to acquire supplies and combat the Ethereals. Three characters have so far been made known by the website, however, their names are still out in the air.

Earlier this year, Mihoyo’s new Montreal-based studio said that it was developing a brand-new AAA game with action, adventure, and shooter gameplay. This appears to be Zenless Zone Zero right now. Having said that, this is merely conjectured on our part at this time, but it seems to suit.

You may now register your interest for a chance to be chosen for the closed beta on the Zenless Zone Zero website. You must register with your Hoyoverse account and fill out a little survey.

To determine the Zenless Zone Zero release date, we must wait till official details are made public. It is difficult to predict when the game might arrive because Mihoyo’s calendar is already full of Genshin Impact updates and the debut of Honkai: Star Rail.

The phrases “beta” and “recruitment” have been used in posts on official social media accounts, which suggests that a beta test of the game is about to be announced and that gamers will be referred to as “recruits” to combat whatever enemy is on the way.

What Platforms Will Zenless Zone Zero Be On?

It is reasonable to predict that this game will be released for Microsoft Windows, Android, and iOS mobile platforms based on Mihoyo’s track record for releases. It might see a console release similar to Genshin.

For the present, we are aware that iOS and PC support the closed beta (Windows). More platforms than just these two will likely support the game once it’s published.

As of this writing, the only rumors surrounding Zenless Zone Zero concern the gaming mechanics and the significance of the TV broadcasts. For instance, the line “a record of unknown time awaits your discovery” from the website’s description supports the idea that the Hollows resemble some sort of abyss or doorway that might reach to another dimension or time.

There are numerous characters you can add to your team because this game is rumored to have gacha features as well.

We don’t think Zenless Zone Zero will have any connection to Honkai or Genshin Impact, even though it has very certainly been established that they are related or at least take place in the same universe.

You can watch the Zenless Zone Zero  trailer below: 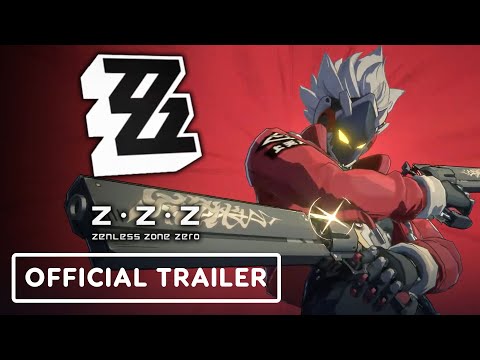 Zenless Zone Zero Release Date is discussed in depth on this page. Now and then, we might make some adjustments to our website. Please tell your friends and family about this chance. Check out Leedaily.com to see how well you understand our objective.