The Outlaws Season 2 Episode 2 Recap & Review: Season 2 of The Outlaws, which has been airing on the BBC in the UK, will soon be available on Prime Video for viewers in the rest of the English-speaking world to enjoy. Over 11 million people have watched the first season of The Outlaws on BBC iPlayer since it premiered in 2021.

The comedy will pick up with the same seven random people who were forced to undertake community service in Bristol together at the beginning of season one. Here’s all we know about The Outlaws’ second season, which picks up directly where the first left off. Read below all about The Outlaws Season 2 Episode 2 Recap & Review.

After eight weeks, it doesn’t look like Rani will be able to repay The Dean’s investment. With Christian’s concerns, Ben and Rani’s only option is to call the police. While Rani is on the phone with Sgt. Haines, they all three receive alerts on their phones showing a sniper aiming a rifle at their loved ones.

To get their money back, Rani and Ben went to their buddies in the community service group who took it. Myrna, Frank, and John have already used it up. As a result, Frank invested in the company. The mortgage on Frank’s daughter’s home has been paid off. Myrna invested the funds in the group she founded. To get it back is something they all vow to do, which seems unattainable, but is preferable to doing what Rani suggests, which is selling drugs.

The issue is that they can’t seem to get a hit. John’s father has fired him, therefore he can’t work there anymore. After being turned down for a loan and failing to obtain an interview despite his 19 years of managerial experience, his future looks bleak. For Myrna to succeed, she would have to exhaust her network. Frank learns that his daughter has put the balance of the inheritance money into college funds for her children when he receives the final installment.

Because of the devastation narcotics have caused in Ben’s family, Rani urges him to quit after only eight weeks. Christian is visited by Rani and Ben. And despite his initial opposition, they eventually won him over. Then he gives them a master class—a crash course if you will—on how to operate a narcotics ring in Bristol. Rani is the thinker, and Ben is the brawn. In addition, John has finally found his calling: running the business operations of Christian’s drug trade.

The current issue is in the area of marketing. You can’t just put up a sign that says “Buy Drugs Here!” on the street. To take advantage of John’s suggestion for direct marketing, which involves acquiring mailing lists, Rani reveals a strategy. Ben will get the club’s mailing lists for the organization he manages. Myrna is getting on the BJC bus.

To connect with other students, Rani will assume the persona of a university student. Then, Gregory will hire Gabby to perform at the club while announcing the news to her 1,250,000 subscribers. Therefore, they will cancel the enormous bill she ran up at the bar.

In a scene from a Steve Soderbergh movie when he has a bunch of his Hollywood actor friends searching for a large payday, Gregory distracts the club owner and has Ben break into his computer to steal his mailing list. Myrna needs to hand work a mouse and does not know how to drag and drop a file onto a USB drive, so John has to run over it.

Lastly, Rani escapes a pretentious sexual harasser at Oxford University who invites her out and violates her personal space. He walks away, and she quickly downloads the files before being discovered by security.

They combine the lists and send enough to, what John suggests, to attain a 50% response rate. Ben decides to give their product a secret codename: “Coffee.” At the end of the episode, The Outlaws wait for their reply, and then the orders start coming in.

Together, Haines and Selforth have narrowed down The Dean’s identity. A picture of Christ is then pointed to with an arrow. Finally, they make a big question mark with an arrow pointing to the right.

You can watch The Outlaws Season 2 trailer below: 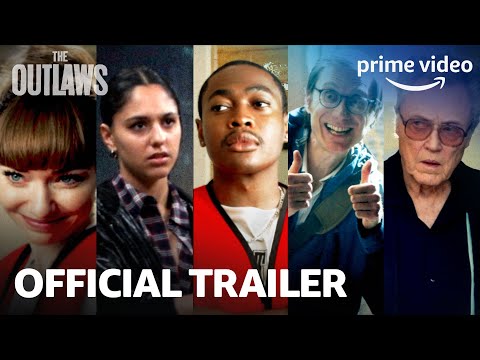 Every member of the group does a wonderful job of bringing their roles to life. They have formed strong onscreen relationships, carrying over from the previous season. Each member in the cast is compelling. It’s not quite perfect cinematography, but it’s close. Due to the lack of adequate illumination, certain situations are difficult to make out. It is just enough to be annoying. The direction and editing are practically Oscar-worthy.

‘The Outlaws’ Bosses: How They Got Christopher Walken On The Show – Hollywood Life https://t.co/umSYm45JNi #theoutlaws

I enjoy it because of the depth of the show’s characters and their individual histories. There are moments when I feel the title is too severe. The majority of the cast members are relatively minor criminals. Since several of the protagonists are criminals, the author(s) may have felt it was appropriate. The sarcasm is funny one minute and the drama is intense the next. It’s now airing on TV, and it’s one of the best series out there.

This page, which can be found here, goes into detail about The Outlaws Season 2 Episode 2 Recap & Review. Please keep an eye on our website, as we will post any new information there. if you could spread the word to your family and friends, it would be great. Visit Leedaily.com and let us know how well you grasp our aims.