The hilarious show about the 99-precinct New York had much to offer. Ever since it premiered in 2013, “Brooklyn Nine-Nine” became a stressbuster for fans worldwide. The show is widely popular and the amazing cast has always triggered laughter. For the first five seasons, “Brooklyn Nine-Nine” was available on Fox.

However, NBC renewed the popular series for the final three seasons before wrapping it up forever. All 8 seasons of “Brooklyn Nine-Nine” has been available on multiple streaming platforms for years now. But as per the latest news, “Brooklyn Nine-Nine” might be leaving Hulu. So, is there truth to this news? We have gathered the latest news that will give out all the details.

Sadly, this is true news. NBC has officially pulled off the show from Hulu. It has been years since “Brooklyn Nine-Nine” called Hulu is home. But only a few more days are left and the show will not be available on Hulu. If you are wondering when “Brooklyn Nine-Nine” will be removed from the list of series under Hulu, the date has been announced. Not many days are left since it is literally a few days away but you still have time to finish off the episodes before it’s too late.

18th September 2022 is going to be the last day anyone can watch “Brooklyn Nine-Nine” on Hulu. Fans with a Hulu subscription who have yet to watch this comedic masterpiece have a few more days left to cover all the show’s eight seasons. “Brooklyn Nine-Nine” will be soon shifting to a new platform and if you want to know which one it is, keep reading to find out all the information.

Where To watch “Brooklyn Nine-Nine”?

The show “Brooklyn Nine-Nine” ran for eight exciting seasons. It shows the daily lives of the officers at the fictional 99th Precinct, New York City Police Department in Brooklyn. The talented cast includes Celebrities like Andy Samberg, Melissa Fumero, Andre Braugher, Terry Crews, Stephanie Beatriz, and many other notable faces. The show has won many awards and its final season concluded on 16th September 2021. So after exactly eight years, the fans had to bid farewell to this impeccable show.

The very funny Michael Schur and Dan Goor were the writers of this incredible show. During an interview with the Television Critics Association in 2013, Samberg expressed his intentions and said, “I was not looking to do a TV series at all. But I was a huge fan of Parks and Rec and I saw what these guys had done with Amy [Poehler], who is basically my hero.”

So, it has been quite a journey with “Brooklyn Nine-Nine” and fans loved every bit of the show. Even after the show ended, fans binge-watch it just for the sake of some laughter.

What other Shows Are Leaving Hulu?

Well, it isn’t only “Brooklyn Nine-Nine” that is leaving Hulu but there are a couple of other shows that will be following the same pattern. And NBC will shift all of these shows to Peacock. Of course, NBC wants to increase the viewership on its own OTT platform so it is obviously going to change the platform. So what are these shows that are going to be soon missing from Hulu?

The network is planning to pull off shows such as “Saturday Night Live,” “The Mind Project,” “30 Rock,” “The Voice,”  “Parenthood,” “Law & Order: Organized Crime” and more from Hulu. This will be a gradual process and fans will be getting the answers soon enough.

NBCU CEO, Jeff Shell said, “Obviously, much of our strong NBC content premieres on Hulu,” “And over time, we’d like to bring that back to Peacock. 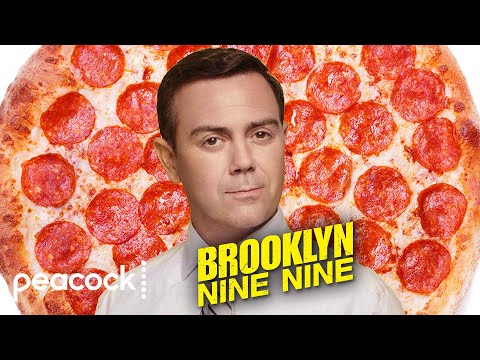 So, Hulu is at a loss since a lot of the viewership is expected to get transferred to Peacock. But what and when it will happen is not known yet. Are you going to take a Peacock subscription or are you planning to switch to watching your favorite shows like “Brooklyn Nine-Nine”?

I Hope you Liked this information. If so, drop your comment below and check our entertainment section for more such updates.