While September 16 may be just another day here in the United States for some, it is one of the most significant dates in Mexican history. It is the nation’s anniversary of declaring its independence from Spain.

The day honors the time in 1810 when Catholic priest Miguel Hidalgo rang the church bells at Dolores, today known as Dolores Hidalgo, and delivered a stirring speech that served as the country’s first call for independence. The occurrence, which came to be known as the “Grito de Dolores,” marked the beginning of the 11-year Mexican War of Independence, which freed Mexico from Spanish colonial authority after more than 300 years.

The holiday might be compared to the American Declaration of Independence by those unfamiliar with it. The closest they come to be similar is that they rebelled against European domination.

How Mexico’s Independence Story Differs From The U.s.

In Mexico, achieving freedom didn’t come instantly. Technically speaking, they were set free. Alexandro Gradilla, associate professor of Chicana and Chicano Studies at California State University, Fullerton, previously told USA TODAY that the method that independence was attained “was not actual freedom. “It’s a combination of the Fourth of July, Juneteenth, and regrettably April Fool’s because people didn’t obtain the freedom they anticipated.”

According to Gradilla and other historians, being under Spanish rule was very different from living in America under British rule. The indigenous people of Mexico who were frequently viewed as second-class citizens, were subject to growing Spanish power. Because it gave people hope that they would be free, the Grito de Dolores became a symbol of the new nation.

According to the New World Encyclopedia, the subsequent war would lead to almost 15,000 Mexican deaths, which is significantly more than the predicted 6,800 Americans who would die in action during the Revolutionary War.

Director of the Chicano Research Institute at the University of California, Santa Barbara, Dolores Inés Casillas, observed, “The country was still in such a vulnerable condition.” “After then, it was a war-torn country, so building it was harder.”

A New Nation Tries To Form Before Mexican-American War

The conflict also had a significant negative influence on Mexico’s natural resources, leading to instability on the political and economic fronts and leaving Mexico “far less equipped for independence,” according to Mario Garcia, a Chicanx historian at U.C. Santa Barbara.

According to Garcia, the first few decades of Mexico’s independence were marked by great weakness. They weren’t ready to become a sovereign nation. The Mexican-American War, which resulted in the U.S. gaining control of much of the modern Southwest, was complicated by Mexico’s efforts to forge a government after the war.

According to Garcia, a significant distinction between Mexico and the United States when it gained independence was that Mexico had no tradition of self-governance.

Even though the conflicts had a heavy toll on Mexico, the country’s achievement in becoming its own country is still widely appreciated today.

The president of Mexico gives a speech akin to Hidalgo’s on the balcony of the National Palace in Mexico City on the late night of September 15 every year to pay tribute to those who fought for the nation’s independence. The president also flies the Mexican flag and strikes the bell Hidalgo did more than three centuries ago.

Casillas recalled that everyone had “a sense of national pride” while she was in the nation in September 2017. Everyone is quite excited at this particular time, she remarked.

Although it is observed that the day is frequently mistaken for Cinco de Mayo, which commemorates Mexico’s victory over France in the Battle of Puebla in 1862, some claim that Cinco de Mayo overshadows September 16 in the U.S., including Robert Castro, director of Chicanx and Latinx studies at the University of California, San Diego. 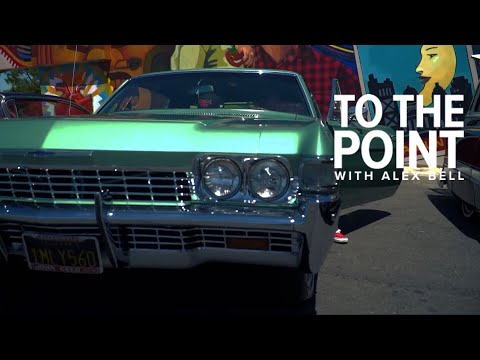 The May holiday is increasingly well-known for several reasons, including Casillas’ claim that the day’s associated corporate sales contributed to its growth in the United States. During the Chicano Civil Rights Movement in the middle of the 20th century, which was about “ending injustice and tyranny,” Gradilla and Castro said that many Mexican-Americans were motivated by the May celebration.

“Many Chicano activists used that event to honor their heritage and express their love for and pride in Mexican culture. They believed the Battle of Puebla best reflected their pride and identities as Chicanos, or Mexican Americans because it was headed by Benito Jaurez, Mexico’s first and only Indigenous president, Castro said.

Around the same time as Mexico, many Central American nations also celebrate their independence days. Chile marks September 18, whereas Costa Rica, El Salvador, Nicaragua, Guatemala, Honduras, and Nicaragua all celebrate September 15. Hispanic Heritage Month kicks off on September 15 due to the extended period of independence.

Historians do not, however, agree that the significance of September 16 should be understated and that it should be observed.

The festival can be observed in a variety of ways outside of Mexico. Due to the holiday’s emphasis on unity, families, and friends frequently throw celebrations together. According to Castro, the day symbolizes several still-relevant concepts, including unity, tenacity, emancipation, freedom, and joy. Gradilla thinks Mexican-Americans must be motivated to keep fighting for their rights.

He stated that the most excellent way to observe the day is to engage in social justice or politically conscientious action on behalf of all. “They were able to alter a system by uniting and resisting, and I believe people should constantly keep in mind that change is possible. I suppose I can see it as a glimmer of hope.

This article is about the Mexican War Of Independence: How September 16 Represents A “Moment Of Hope” For Mexico. We hope you like our article. If yes, kindly leave a thoughtful comment in the space below and spread the word about this article to your friends and family who enjoy watching the news and entertainment programs. You Can check our other articles on our Website leedaily.com.