Soon after its debut, PGA Tour 2K23 must improve on one aspect of its predecessors if it hopes to rival EA Sports PGA Tour in 2019.

With the release of both PGA Tour 2K23 and EA Sports PGA Tour between now and the spring of 2023, golf video game fans have a lot to look forward to in the coming year. The production team did many things right with PGA Tour 2K21, HB Studios’ previous golf game. However, if they want PGA 2K23 to compete with the future golf game from EA, they will need to improve their online suite significantly.

The PGA 2K series has evolved considerably in the last ten years. PGA 2K21 provides golf enthusiasts with licensed PGA courses, real PGA Tour pros, and a problematic simulation style of play. Since the Tiger Woods PGA Tour series ended in 2013 and the Rory McIlroy PGA Tour failed to provide a memorable fan experience, HB Studios has had the benefit of facing little competition from Electronic Arts during that period. Now that EA is returning to the golf course in 2023, PGA Tour 2K23 will need to deliver on features, namely their online services in the forthcoming game, to keep gamers coming back for a new experience.

In contrast to other sports video games, golf games frequently emphasize the Create-A-Player features more than teams or specific players. Most players in PGA games select a character and play nearly entirely with that character while attempting to win the FedEx Cup or rule online while obtaining new skill boosts and equipment.

The Tiger Woods PGA Tour series did the game’s online component exceptionally well, providing a player with various modes, rankings, and chances to participate in its tour. To compete with the EA game, PGA Tour 2K23 will have to improve significantly where PGA Tour 2K21 fell short.

Despite its flaws, the EA Sports Tiger Woods PGA Tour series provided a solid competitive multiplayer suite with many player personalization options. Players have the chance to participate in four-player regular stroke play matches, match play, or even team up with a friend for an alternate shot, best ball, or four-ball.

Even better, the Tiger Woods series includes leaderboards and ranking systems that let players take pleasure in their accomplishments and give them something to strive for. Even the widely criticized Rory McIlroy PGA Tour, which offered subpar multiplayer, included leaderboards highlighting the top players.

PGA Tour 2K21 provided players with a simulation experience and the best PGA Tour career mode in the series as a game that always emphasized realism more. No other golf game on a console had done the course construction function to the extent that HB Studios has, and when it added licensed PGA Tour courses in PGA Tour 2K2, the degree of diversity and quality only increased.

Although it won’t ever be in danger of having the limited choice of courses that dogged Rory McIlroy’s PGA Tour at launch, PGA Tour 2K21’s online offerings are comparatively lacking compared to previous and upcoming rivals.

It wouldn’t take much for PGA Tour 2K23 to offer multiplayer that makes it stand out from EA Sports, but HB Studios will need to make online play the game’s main focus rather than just a side feature. Even on the PGA Tour 2K21 menu, multiplayer is less of a game focus than an aside, and the options are, at best, unclear. 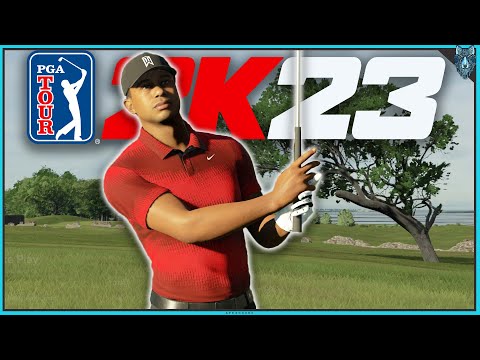 Players can’t play the online co-op mode they want because Rotate Shot and Best Ball alternate in availability each day, which may turn off sure fans. If every PGA Tour 2K23 mode is standalone and always accessible to players, the game’s online component will be outclassed by the EA Sports option the following year.

A strong ranking and leaderboard system will keep gamers playing PGA Tour 2K23 long after its release, just like PGA Tour 2K21 did with its Battle Pass. Many top broadcasters also lead players in their game of choice, and players like to know who is the greatest. The chance to move up the leaderboard is a beautiful motivator for players to play one more round of PGA Tour 2K23.

The PGA Tour 2K23 reveal trailer showcased many exciting features. Still, it also revealed the game’s release date: October 14, 2022, for everyone, and October 11, 2022, for those who purchased the Deluxe Edition or Tiger Woods edition.

Please stay connected with us on Leedaily.com. For more latest updates and Information.