Everything you need to know about Slipknot’s forthcoming album, including new songs and masks: Slipknot’s seventh album, The End, So Far, has been officially confirmed after months of rumors. The Nine will make a comeback next month with twelve new percussion-heavy metal anthems, and their departure from longtime label Roadrunner Records could herald the end of an era.

The following information is what we currently know about Corey Taylor’s upcoming work:

What Is The New Slipknot Album Called?

The End So Far is the title of the upcoming seventh album by Slipknot. The release of the second single, The Dying Song, on July 19 confirmed the title (Time To Sing). The name perhaps alludes to Slipknot’s agreement with Roadrunner Records ends with this release. The Nine agreed to a seven-record, $500,000 deal with the label before the release of their debut album in 1999; they have since completed it.

Percussionist and founder Shawn “Clown” Crahan said to Forbes last year, “What I can tell you right now is that we are getting off of our record label.” “I’ve lost both of my parents, and if they were still living, my dad would be overjoyed that I’ve completed a contract. This is a very intriguing point in my life.”

When Is The New Slipknot Album Released?

On September 30, 2022, Slipknot will release The End, So Far, just three years after the release of We Are Not Your Kind in August 2019. Since Vol. 3: The Subliminal Verses was released in May 2004, two years and nine months after Iowa dropped in August 2001, this is the shortest time between the band’s studio albums.

We may appreciate the absence of live music during the pandemic for a new Slipknot album to arrive so soon. The band began composing and recording during the “tail end” of the epidemic after the premature termination of their We Are Not Your Kind tour.

Who Is Playing On The New Slipknot Album?

Michael Pfaff, a new member of Slipknot who does unique percussion in addition to Clown, makes his debut on the band’s album The End, So Far. His predecessor, Chris Fehn, left Slipknot on March 18, 2019, four days after suing the group for what he believed to be unfair pay. Pfaff joined in time to appear in the music videos and promotional materials for We Are Not Your Kind, even though she didn’t play on the album.

Fans had been referring to him as “Tortilla Man” because of his crispy-looking mask until his identity was revealed in March this year. The remaining members of the band are the same as they were on We Are Not Your Kind: Craig Jones (guitar), Alessandro “V-Man” Venturella (bass), Shawn “Clown” Crahan (percussion), Jim Root and Mick Thomson (guitars), Jay Weinberg (drums), Sid Wilson (turntables), and Corey Taylor (vocals) (keyboards and samples).

The End So Far was described by Corey Taylor as a “darker version” of their third album, 2004’s Vol. 3: The Subliminal Verses, in a July 2022 interview with Kerrang! Vol. 3 was, in his opinion, the band’s most ambitious album to that moment, he remarked. It was the thing that, you know, pushed the envelope for everyone. We were able to experiment with many musical genres and truly demonstrate to the audience the complexity of our work. And that, in a way, seems to be what this album is accomplishing.

In some ways, it is a continuation of We Are Not Your Kind, but in my opinion, the songs and the structuring are superior. After 23 years in the business, we can type of push it even further, and it’s cool to say that there is still territory to cover and that we are eager to do so.

What Singles Are On The New Slipknot Album?

The Chapeltown Rag, The Dying Song (Time To Sing), and Yen are the three singles from The End, So Far that have been made available at the time of publication.

Before the album was announced, on November 5, 2021, Chapeltown…, an extreme metal rager was released. On July 19, the same day we discovered the title and release date of The End, So Far, the anthemic groove metal single The Dying Song was released. The most recent single is Yen, an intensifying power ballad that debuted on August 5.

What Are The Lyrics To The Chapeltown Rag About?

The Chapeltown Rag, the lead single from The End, So Far, references Yorkshire Ripper and serial killer Peter Sutcliffe. Between 1975 and 1980, Sutcliffe murdered thirteen women and tried to kill seven more. The record’s title was inspired by one of his killings, which took place in Chapeltown, a Leeds suburb, and involved a sixteen-year-old girl. 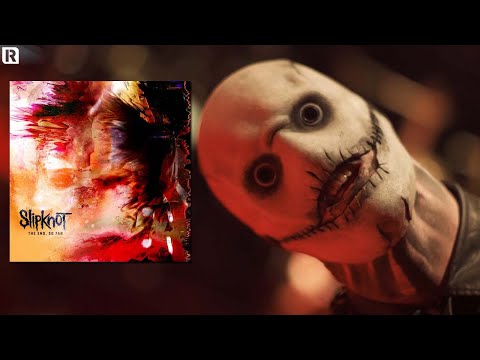 The Chapeltown Rag exploits Sutcliffe and the significant media attention his murders received as a metaphor for contemporary media and “false news,” according to musician and lyricist Corey Taylor. He said, “It’s coming from a position of talking about the different manipulations that can happen when social media meets media itself.” And the various ways in which these deceptions may attempt to lead us in multiple areas, as well as the reality that we are all developing addictions to them, is risky.

What Is The New Slipknot Album Artwork?

Abstract orange and red composition that becomes blacker and more deformed toward the top-right is the artwork for The End, So Far. Fans have made assumptions about what it represents and what it means. Others assert that it’s a distorted closeup of the figure we saw on the Chapeltown Rag single’s artwork, while some claim that there is a face (or even two) among the mass of various colors.

Except for 2008’s All Hope Is Gone, the Slipknot emblem is displayed in jet black at the bottom-left corner of each album.

What Is The End, So Far’s Tracklist?

Twelve songs make up The End, So Far, three of which have already seen the light of day. The length of the record wasn’t known at the time of publication. Here is the complete track listing for “The End, So Far”:

What Are The New Slipknot Masks For The End, So Far?

For the most recent Slipknot album, Corey Taylor was the first to debut a brand-new mask in September of last year. Taylor’s most recent appearance appears to be influenced by the time of All Hope Is Gone, channeling that mask’s loose appearance through a horrifying new lens. The rest of the band has since caught up. However, Jim Root, Mick Thomson, and Craig Jones’ masks have remained consistent with their appearance for years.

Recent promotional images showed Sid Wilson sporting a mask that resembled a nightmare version of the Watchmen character Rorschach. In contrast, Shawn Crahan, who frequently changes his act throughout each Slipknot chapter, was seen donning a shiny silver Clown face.

However, the recent video for Yen suggests Wilson’s new mask has undergone an LED makeover. While Tortilla Man’s new mask appears to have been thrown in a blender with his previous one, Jay Weinberg and V-Man are both wearing updated versions of their prior masks. Weinberg’s is a creepy, off-white variant, and V-is Man’s is a leathery red. Grim.

The End So Far will be released on September 30, 2022, three years after We Are Not Your Kind. This is the minor period since Vol. 3: The Subliminal Verses in May 2004, two years and nine months after Iowa in August 2001.