To celebrate the arrival of autumn and the impending celebration of Halloween, we have a pumpkin carving contest. Now that fall has arrived, it’s the perfect time to catch up on all your favorite scary TV shows. Among this year’s crop of horror movies is Chucky whose highly anticipated second season premieres on Wednesday.

The television show, which is based on the Child’s Play film series begins four years after the events of the seventh film, Cult of Chucky. Teenager Jake Wheeler (Zackary Arthur), follows in the footsteps of many before he purchases Chucky from a yard sale without first researching the doll’s supernatural abilities.

However, he quickly learns that the doll is possessed by the spirit of made-up serial killer Charles Lee Ray. In the first season of Chucky, Jake’s hometown of Hackensack, New Jersey becomes the scene of a shocking murder and he becomes a suspect.

As Episode 1 comes to a close, Jake, Devon (Björgvin Arnarson)  and Lexy (Alyvia Alyn Lind) are convinced that the possessed doll has been banished forever. The trailer for season 2 of Chucky, however, suggests that this is only the beginning of his dominance. Here’s where you can stream Chucky Season 2 online if you can’t stand the suspense. 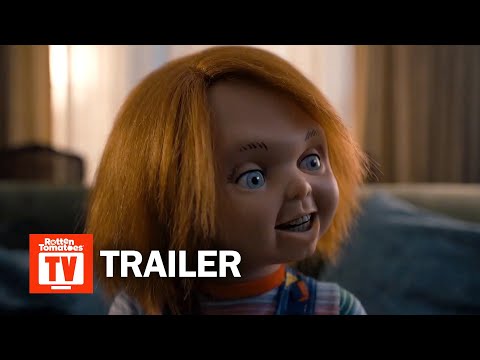 Where to watch and stream Chucky season 2

Season 2 of Chucky will premiere on SyFy and USA Network on October 5, 2022, at 9 p.m. ET. Thereafter, new episodes will continue to air on both networks on the same date and at the same time. No official word yet on how many episodes will be in Chucky Season 2 but reports have indicated at least four.

Live streaming services such as YouTube TV, Hulu + Live TV, fuboTV and Sling TV make it possible to watch SyFy and USA Network even if you don’t have a television. Do you wish to watch the latest episodes at your convenience? Sure, no sweat. The season 2 premiere will be available to watch the following day on NBC’s streaming platform Peacock. You can watch the first season of Chucky right now in its entirety.

Last but not least, viewers can access Chucky through digital downloads from services like iTunes, Google Play, Amazon Prime Video and Vudu.