A source’s suggestion that Jennifer Aniston and Jon Hamm had gone on a few “secret dates” has fueled speculation that the two are romantically involved.

According to Women’s Day, via Entertain Times, Hamm, 51, and Aniston, 53, are said to be “smitten” and have started going on dates together. A source told Women’s Day that Aniston has been forthright about her blossoming love towards Hamm.

According to the information provided by the source, Hamm and Aniston have been reuniting for a future project together, and the two have been seeing each other.

“They’ve bumped into each other in the past, but she’s always been married when it happened. No, not at this moment! And there’s no question in anyone’s mind that Jon is head over heels in love with Jen,” the insider added, adding that even before Aniston and Hamm started hanging out privately, the ‘Friends actress had been upfront about the fact that she had a crush on him.

After it was announced earlier this month that Hamm would be joining the cast of “The Morning Show” for season three, there has been speculation that the upcoming project that Aniston and Hamm will be working on could be the drama series “The Morning Show” on Apple TV+.

Although the project wasn’t named explicitly, there has been a lot of speculation about what the project could be. 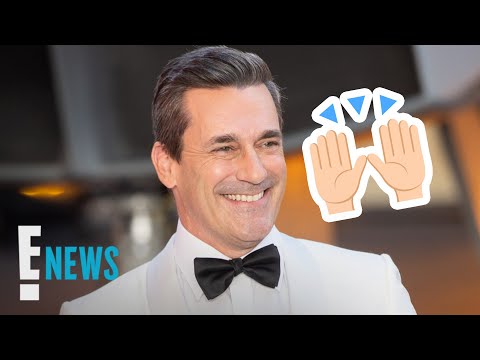 According to The Hollywood Reporter, Hamm will play the role of Paul Marks, a character who is characterized as a corporate titan who sets his sights on UBA and pulls Cory (played by Billy Crudup), Alex (played by Jennifer Aniston), and Bradley (played by Reese Witherspoon) into his strong circle.

However, it was reported that Aniston was the one who advocated for Hamm to be cast on the show, and this information comes from Heat UK through IB Times.

The journal cites anonymous sources saying Aniston has had a crush on Hamm “for the past 15 years.” The authorities allege that Aniston encouraged the producers of “The Morning Show” to cast Hamm in the part so that she could see him on set regularly.

“Jen worked very hard to convince Jon to join the show since he is a fantastic actor, and having him around will make the set much more pleasurable during those long hours of shooting.” “The environment is pretty social once the cameras stop filming, so she and everyone else will make him feel welcome,” the person stated.

As an additional point of interest, this is not the first time rumors of a romantic relationship between Aniston and Hamm have surfaced.

'Jon is completely captivated by Jen': Brad Pitt's Ex Jennifer Aniston And Jon Hamm Reportedly In Relationship After Meeting Each Other In The Morning Show – Animated Times https://t.co/EvMebyOojP

According to Suggest, a source back in October 2019 revealed a budding romance between the two actors and that “everyone was asking how on earth this didn’t happen sooner.”

Paul encouraged Jon that he should make an effort with Jen since it was about time. Since Jen and her long-time crush are both singles after all these years, Paul believes the timing is perfect for them to get together.

The two people first crossed paths in 2015 while working on the “Mad Men” set, and since then, they have managed to keep their connection mainly under wraps, with only a handful of their public trips being captured on camera. The pair walked the red carpet for the first time in public in March 2022, during an after-party for the 2022 Academy Awards.

After being caught having a stroll together in New York City in May 2022, it has been stated that the couple is still together. This suggests that the speculations that Aniston and Hamm are a couple could be nothing more than that: hearsay.

Jennifer Aniston and Jon Hamm reportedly had “secret dates.” The Top Gun: Maverick star joined Friends alum on The Morning Show during its third season. An unidentified source told Woman’s Day, via Marca Magazine, that Aniston and Hamm became enamored after his casting.

You can check more articles and the latest news on our website Leedaily.com.