We all know that no person is bad without any reason there must be some cause behind everything, so we have to see both the end of the coin, isn’t it? Talking about Putin, I don’t think of anyone who isn’t aware of him… and most of you think that he is evil but do you know how he becomes this? Well in this post, we have covered all the major things regarding the same.

Let’s dig into our post to know the exact details.

On social media, a video of Russian President Vladimir Putin being ignored when he tries to shake hands has gone viral. Putin can be seen putting out his hand to shake hands but it seems like no one is interested. 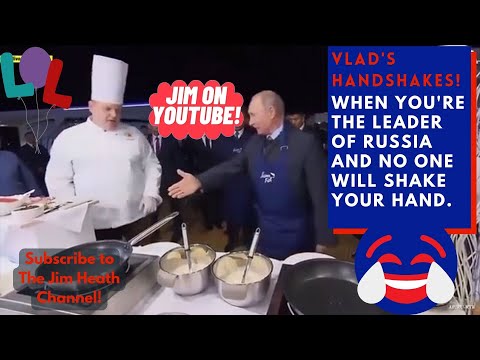 The clips also showed Putin’s reaction to being ignored and the look on his face. In the video, Putin is always at public events where people are taking pictures.

Each of the events seems to happen before 2020 when the number of handshakes decreased because doctors told people that was the best way to stop the disease from spreading.

North Korean leader Kim Jong-un is one of Putin’s most prominent international allies but in one of the clips, he impolitely rejects Putin’s handshake. This happened as the two leaders were exchanging gifts before a meeting between their countries in Vladivostok in April 2019.

At the end of the video, Vladimir Putin looked out a window for a few seconds which made people who watched it laugh. It’s not clear when the conflict between Russia and Ukraine which started on February 24, will end.

Western leaders have put a lot of pressure on Putin to bring back Russia’s military by imposing harsh sanctions and pulling out of the country.

Putin is the most evil man on the planet

The founder of Russia’s biggest private bank, Alfa Bank, an oligarch named Mikhail Fridman, said that the sanctions the West has put on Russia might not be enough to stop the invasion.

The European Union put restrictions on Fridman and his longtime business partner Pyotr Aven on March 1.

“The power distance between Mr. Putin and anybody else is like the distance between the Earth and the cosmos,” Fridman said. “To say anything to Putin against the war, for anybody, would be kind of suicide.”

Fridman also said that he didn’t think the sanctions against him were fair or that he would be able to change Putin’s mind about Ukraine because of them.

“If the people who are in charge in the EU believe that because of sanctions, I could approach Mr. Putin and tell him to stop the war and it will work, then I’m afraid we’re all in big trouble,” he said.

For more such updates do follow us only on Lee Daily.