The NBA is plenty of sharpshooting guards, but the West has a legend. Devin Booker has an unguardable jump shot and elusive handles in Phoenix’s heat. For NBA 2K23 Season 2, follow Booker’s route for rewards. Choose your allies and prove you’re the league’s top marksman.

Phoenix Suns, Dallas Mavericks, and others hope to win the Larry O’Brien Trophy this season. The Golden State Warriors have a target on their back after winning the West last season. Who will stop them? NBA 2K23 lets you prepare for the 2022-2023 NBA season.

In the Wild West, anyone can build a name for themselves. MyCAREER gives a wellspring of possibility, where you can duel players throughout the world and achieve notoriety as an outstanding hooper.

Season 2 takes place in the Wild West, but there are also Halloween surprises. We’re presenting spooky activities in October to get you in the Halloween spirit. The 24-hour Long Night comes to The City. Under the cover of night, light up your defenders with threes. Visit certain venues for festive rewards while Trick-or-Treating.

J. Cole will adorn the cover of NBA 2K23: DREAMER Edition, but we have additional details. Season 2 will include J. Cole’s Dreamville label. Dreamville hoodies, t-shirts, and pants will be available at SWAG’s and pop-up stores later in Season 2.

The rapper and hooper influenced 2K23’s story, cover, and music. J. Cole prepared a selection of 20 songs to hoop to this season. Learn more below.

Everyone can win a non-auctionable Amethyst Zion Williamson card at Level 32. Zion’s return encouraged us to add his Amethyst to Season 2’s level rewards, along with Season Reward Emerald Tre Jones. This earnable duo from Tre & Zion’s college days boosts their qualities, badges, and ratings.

Let’s discuss NBA Moments. With ’23 NBA: Series 1 cards representing current lineups in the Token Market, it will be easier than ever to complete Moment agendas for rewards, XP, and unique Moment Reward Players. Moment Agendas and incentives are added in-game after major NBA performances; check @NBA2K MyTEAM for the newest drops. 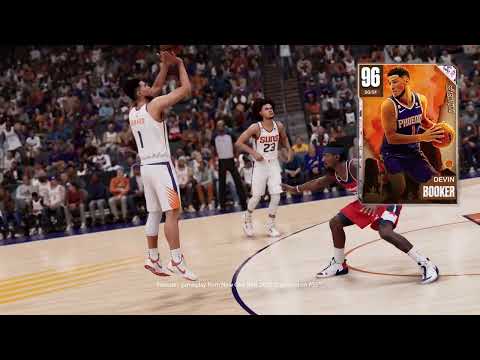 Each week, a new Moments Rewind group will appear in Skill Challenges. Some Skill Challenge games terminate when you meet the win conditions and complete the required lineup. This group updates every Wednesday with new awards for MyTEAM and Trophy Case.

How many trophies have you collected? With 15 acquired event cards for each NBA franchise, each collection has a powerful Pink Diamond player as a completion reward. In Season 1, you could complete 5 collections, which produced the first Galaxy Opal player cards in NBA 2K23’s MyTEAM!

Season 2 will offer more Trophy Case possibilities. Over 10 additional “Centerpiece” exchange cards will be released for you to choose which team’s rare card to add to your Trophy Case. Yes, before Season 2’s finale, some MyTEAM elites will have 99 overall Dark Matter Julius Erving or Tim Duncan. To earn these cards, players must complete 15 Eastern or Western Trophy Cases.

Season 2 will include new Season card themes. Season 2 Select cards will remain, but each bi-weekly drop will be distinctively themed, starting with Halloween cards. All of these collections will have completion prizes for new reward players when these cards exit the market on November 4.

If you have Prize Balls, utilize them to acquire their hidden goodies. Prepare your basketball card slot for Halloween.

The Las Vegas Aces won the 2022 WNBA Finals, but that doesn’t mean The W’s competition is ended.

Season 2 of MyCAREER has two Aces players. We’re releasing jerseys for Chelsea Gray, A’ja Wilson, Sylvia Fowles, Ariel Powers, Jonquel Jones, and Alyssa Thomas, and more. You can wear WNBA jerseys in The City or on The G.O.A.T. Boat whether you’re New Gen or Current Gen.

2K23 introduced a new model for challenges within The W, allowing you to strive toward a common goal for six weeks. Season 2 maintains this tendency, but adds new difficulties and rewards. Online competition and XP yield four tiers of awards.

Here are some of the standout Community rewards in The W for Season 2:

Check out some of the weekly W Online rewards, too:

NBA 2K23 has WNBA jerseys and plenty of incentives. Work with your teammates to complete Season 2’s challenges and earn goodies.

you can find clothing from Dreamville in MyCAREER. We also just added our first playlist from DREAMER cover star J. Cole. It has 20 songs that he chose himself.

Season 2 will feature the exclusive debut of new songs by Dave East, A Boogie Wit Da Hoodie, and Connie Diiamond ft. Dame D.O.L.L.A. in-game before their release on streaming platforms, as well as our first beat entry into the NBA 2K producer series by Grammy Award-winning producer BoogzDaBeast.

For the next six weeks, traverse The City and the G.O.A.T. Boat in quest of fierce competition and all-new rewards. Let J. Cole’s tracklist be the soundtrack to your heroic tale, and rep Dreamville. Trick-or-treat to receive incentives during our Halloween events. October will be interesting with the 2022-2023 NBA season started. We can’t wait for NBA 2K23 Season 2!

Stay tuned with us on Leedaily.com for more latest updates and information.