If teenage mystery series have taught us anything, it’s that while parties and trips might be fantastic ways for teens to connect, nothing does it like One of Us Is Lying, which further demonstrates that.

One of Us Is Lying, which is based on Karen M. McManus’s 2017 first book of the same name, follows the tale of five kids who are sent to detention: a criminal, a princess, an athlete, a brainiac, and a “basket case.”

But one of the students, who are infamous for founding an online gossip group, has an allergic response that is fatally sudden. After it is established that his death was not an accident, an investigation is launched with the other four students at the center because they all had reasons to kill him.

If you want to read more articles. Then click the links given below

The TV program adaptation of One of Us Is Lying was initially unveiled in September 2017 when Universal Content Productions stated that it had acquired the rights to the book. The initial plan was for E! to air the episode. But it was revealed that the project was transferred to NBCUniversal in August 2019. Then, NBCUniversal ordered a pilot of the program for Peacock, which had not yet launched.

Mark McKenna, Annalisa Cochrane, Chibuikem Uche, Marian Tejada, Cooper van Grootel, Barrett Carnahan, Jessica McLeod, and Melissa Collazo are among the cast members in Erica Saleh’s One of Us Is Lying. Joe Witkowski and Doralynn Mui are among the new cast members joining the program for the upcoming season.

Brian Leslie Parker is the show’s producer, and executive producers include Daro Madrona, Jennifer Morrison, Matt Groesch, John Sacchi, and Erica Saleh. On October 7, 2021, Peacock debuted One of Us Is Lying. The program’s second season was ordered on January 14, 2022. Here is information about when, where, and how to watch One of Us Is Lying Season 2.

Is One of Us Lying Season 2 Streaming Online And When Does It Premiere?

Yes, season two of One of Us Is Lying will be available to watch online on Peacock. On October 20, 2022, a Thursday, the program will debut.

Can You Watch One of Us Is Lying Season 2 Without Peacock?

When Is The Finale Of One of Us Lying Releasing?

On Thursday, October 20, 2022, Peacock will release all eight episodes of One of Us Is Lying season 2, allowing viewers to binge-watch the full season, including the finale.

What Is One Of Us Is Lying Season 2 About?

The official synopsis for One of Us Is Lying season 2 reads,

“Following the heart-pounding conclusion of Season One, the Bayview Four have a very deadly secret. In Season Two we’ll see just how far they’ll go to protect their secret, themselves, and each other.

On September 27, 2022, Peacock published the official trailer for One of Us Is Lying season 2. The first season’s events are continued in the trailer. The infamous Murder Club accidentally shot and murdered the murderer, Jake, the last time we saw them. 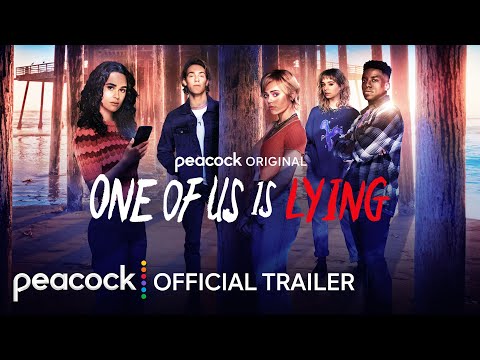 They hid Jake’s body in an attempt to get away with it, but shortly after, they received a text that read, “Simon Says do as I say or everyone will know what you did.”

In the second season’s trailer, the group is coerced into playing bizarre activities and even committing crimes to keep their secret from being revealed by “Simon Says.” Will they be able to identify the person behind “Simon Says” before they are destroyed? How far will they go to keep their secrets a secret? One of Us Is Lying season 2’s suspenseful mystery, twists, and turns are hinted at in the trailer.