Succession is one of the few television dramas that can bring the entire world together. The billionaire Roy and his dysfunctional offspring spend their days plotting each other’s demise in an effort to become the next CEO of the family’s global media empire on the HBO hit drama (which could also be called a satirical black comedy).

The third season went into “full beast mode” with son Kendall’s attempt at a revolution against his father being broadcast live on television. Kendall’s demise was tragically broadcast on television as well.

When the third season’s finale aired in December 2021, it provided a dramatic climax that left viewers wanting answers immediately. Unfortunately, all we can do is wait. So far, this is everything we know about it.

When Will Season 4 of Succession’s Release Date be?

The good news is that we already know Succession will be back for a fourth season just days before the premiere of the third. An official release date has not been confirmed as of September 2022. However, production started back in June.

During an interview with Digital Spy and other media outlets at the BAFTA TV Awards in May, showrunner Jesse Armstrong shared some encouraging news: “We’re almost done with the writing for season four, here in London with the American writers coming over.

They’re a fantastic resource for discussing the finer points of plot, setting and character. Armstrong was also quizzed on the subject of the show’s potential cancellation. I don’t think it should go on forever,” was his precise response to the question. But we’re still having fun at the moment.”

Seasons 1 and 2 premiered on HBO in the summers of 2018 and 2019 but season 3 was delayed by the pandemic and didn’t air until the fall of 2021. It remains to be seen if they will continue airing at this later time or move back to their previous time slot during the summer.

What Will Happen In The Fourth Season of Succession?

In the 10-episode fourth season, Waystar Royco is sold to tech visionary Lukas Matsson. The Roys’ anticipation of life after the sale causes existential angst and familial division. “A power struggle ensues as the family considers a future with less cultural and political influence.” Succession season 4 promises an all-out war between the family and business.

Logan will lose a major motivation after selling his family and Waystar Royco. Now what? Maybe selling Waystar to Matsson wasn’t the Hail Mary he thought it was. What will happen to Shiv, Roman and Kendall now that they’re left with only each other?

Everyone’s significant other has let them down. Tom, her beaten-down husband, has left her for dead with Shiv but he doesn’t know it. We’re sure she won’t accept that betrayal. But may wait for payback.

Roman’s only confidante, Gerri has betrayed him for her own interests. Kendall’s mental health is precarious. Season 4 will see the siblings’ next power play. Messy either way. On the plus side, it appears Connor will marry his reluctant girlfriend Willa Ferreyra… success!

Succession’s art sometimes imitates life, so the writers may reference Jeremy Strong’s New Yorker interview, in which he blurred the line between himself and his character. Strong: “Life and death” “I treat [Kendall] like my own life.”

The article sparked online mockery, and several celebrities defended the actor. They included Cox (via Deadline). “Jeremy’s idea,” said Cox. In a sense, he got hoisted by it and I think it was unfortunate. Playing Kendall has put him in a very vulnerable position.

“He’s brilliant but it’s exhausting. For him especially but for the rest of us too. We endure it because we love him and his work is always extraordinary but it’s a double-edged sword. “I have so much respect for Jeremy as an actor and I wish him well. He creates a lot of pain in his roles which don’t help but he does.

I feel for Jeremy’s pain. I think he puts himself in vulnerable positions and with that New Yorker article, he did so needlessly.” Nicholas Braun has teased Greg Hirsch’s season four storylines with Tom Wambsgans.

Greg’s mentor Tom threw Logan’s children under the bus at the end of season 3, accusing them of plotting against him. Logan then booted his children from company control. Braun told Deadline that “Greg shifts gears” because he and Tom have a new frequency.

Greg seems “so free” after Tom’s actions in season 3. Greg, he’s fear-based and always questions whether he’s doing right. The next chapter is ‘Let’s go!’ ‘”Cousin Greg will be responsible for Tom’s (inevitable and much-deserved) comeuppance, according to a fan theory based on Russian history.

Want Some Related Articles? we provide some latest posts, you can check the…

Who Is Returning For Season 4 Of Succession?

Now that the family is at war it’s safe to assume that everyone who matters will show up. Tom Wambsgans (Matthew Macfadyen) and Cousin Greg (Nicholas Braun) are on Team Logan and it appears that Gerri (J Smith Cameron), Frank (Peter Friedman) and Karl (Scott Porter) have been by his side in the business for quite some time (David Rasche).

Plus, his ex-wife Caroline (Harriet Walter) who betrayed her kids in the third-season finale has joined the cast in a surprising turn. Then there’s the new squad which consists of Roman (Kieran Culkin), Shiv (Sarah Snook) and Kendall (Jeremy Strong).

The loyalties of eldest son Connor (Alan Ruck) who recently became engaged to Willa (Justine Lupe), remain unknown. The character of Lukas Mattson, played by Alexander Skarsgard has also been confirmed which is understandable given the mayhem he has brought upon the family.

Dagmara Dominiczyk will also be back to play Karolina Novotney, a public relations specialist for Waystar Royco.

The succession season 4 trailer is not coming yet. Here we provide that season 3 trailer, you can check: 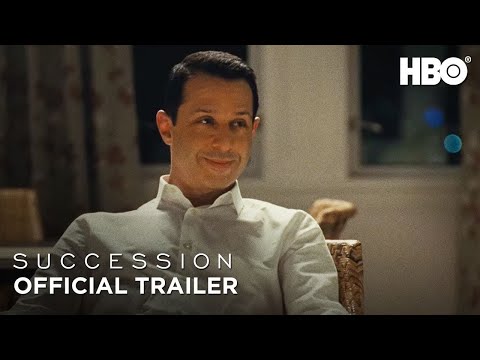