The wait is over, Unsolved Mysteries Volume 3 also known as Season 3 is now available on Netflix. From 1987 to 2002, NBC and CBS aired the long-running documentary series Unsolved Mysteries. Following the success of volumes 1 and 2 which aired in July and October 2020, the series’ original creators, John Cosgrove and Terry Dunn Meurer, are back with a contemporary interpretation of the beloved series for Netflix.

The creators of Stranger Things, 21 Laps Entertainment are also responsible for the Netflix adaptation. Out of the nine mysteries featured in the series which covers everything from sought-after fugitives and mysterious deaths to paranormal activity viewers submitted two for Volume 3.

When Will ‘Unsolved Mysteries’ Season 3 Be Available on Netflix?

The third season of Unsolved Mysteries contains a total of nine episodes, each of which will be broadcast at a different time during the months of October and early November.

Unsolved Mysteries Season 3 will delve deeply into unexplained deaths, astounding disappearances and eerie paranormal activity over the course of three weeks. Users of the new series can submit tips after watching episodes by visiting unsovled.com.

Co-creator and executive producer Terry Dunn Meurer revealed to Forbes that after Volumes 1 and 2 were released in 2020, both law enforcement and Unsolved Mysteries received thousands of tips.

Below are the Unsolved Mysteries Season 3 episode details from Newsweek. Currently, Netflix has only provided scant information about each episode. Newsweek has gotten in touch with Netflix to find out more.

In the opening episode of Unsolved Mysteries Season 3, Tiffany Valiante’s death is examined. She was a promising young athlete who passed away after being struck by a train 4 miles from her home late at night.

Whether or not her death was the result of foul play or murder is being looked into by Unsolved Mysteries. There are some hints that point to a more sinister motive, such as Valiante’s missing shorts and the discovery of her shoe miles from where her body was discovered.

Episode 2: Something in the Sky

Over 300 people in Western Michigan reported seeing enigmatic lights in the sky on March 8, 1994, but it is still unclear what exactly they saw.

Unsolved Mysteries’ third episode looks into the death of a devoted father and the whereabouts of the man who was thought to be his killer but mysteriously vanished.

Episode 4: Death in a Vegas Motel

The 30 recorded highlights of a 9-foot-tall creature in the Navajo deserts are covered in “Paranormal Rangers.” Is it a real thing or just a dream?

Episode 6: What Happened To Josh

Episode 7: Body in the Bay

Patrick Mullins’ death is explored in Episode 7 of Unsolved Mysteries. He vanished one night after taking his boat out on a river close to his house. Although it was determined that he committed suicide, the circumstances of his passing do not seem to add up.

While Mullins’ body was discovered in a completely different location with a shotgun wound to the head, his boat was discovered in the Gulf of Mexico miles from his home dock. Additionally, a rope that was tied to an anchor was wrapped around his body. 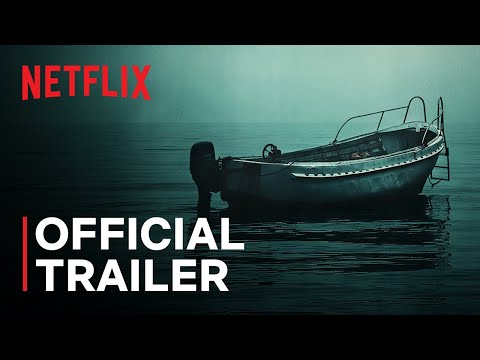 If you Netflix Fan, we have covered some top articles, you can check the…