Without a shadow of a doubt, Doja Cat and Nicki Minaj are two of the most influential female rap pop stars in the history of the music industry. The natural chemistry between the two artists, which resulted in the creation of one of 2021’s most commercially successful songs, “Say So,” has led their devoted fans to speculate that the two may work together once more shortly.

As she sobbed through the acceptance speech while accepting her first Grammy award with SZA, the 26-year-old rapper may have just had the most memorable evening of her career. 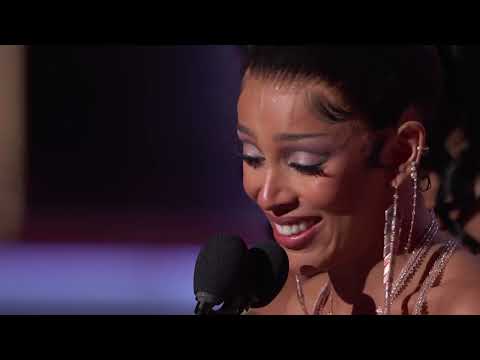 The two artists secured their first GRAMMY victory with their legendary collaborative track “Kiss Me More,” which triumphed in the category of Best Pop Duo/Group Performance at the awards show.

SZA, who was forced to accept the award while using crutches because of an injury to her foot, is accompanied by a rushing Doja Cat, who, according to SZA, had the “fastest piss” of her life as she ran from the restroom. 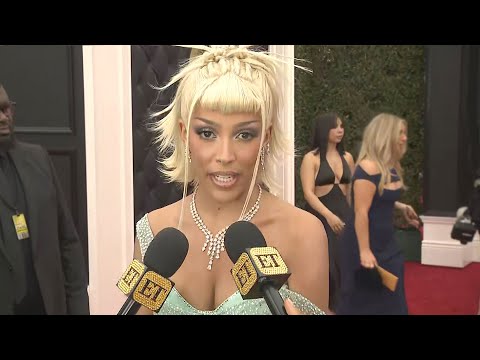 Doja accepted the prize with tears in her eyes, adding that she typically “downplays a lot of sh*ts,” but that she believes this to be a “huge thing” because it is her first honor.

On the red carpet earlier that evening, she was questioned about her choice to “leave” music after causing a firestorm on Twitter with an outburst the previous week; however, she did not provide a straight response to the question.

During the same interview, Doja Cat was asked by Nischelle Turner of Entertainment Tonight who the artist was at the top of her “wish list” and who she hoped to collaborate with shortly.

Everybody knows it’s Nicki [Minaj]! She went on to explain that it occurs constantly.

Since she was 13 years old, the “Kiss Me More” hitmaker has been quite open on social media about her admiration for the Queen of Rap and how she has been an inspiration to her throughout her career.

Doja on being a fan of Nicki:pic.twitter.com/2wE5yLaCmI

Doja Cat complimented and even mentioned Nicki Minaj in her song “Get Into It (Yuh),” which was included on the album “Planet Her,” which was nominated for a Grammy.

It would appear that the song was intended as a homage to the rapper from Trinidad for “paving the way for her polished pop-rap career.”

Minaj was asked to appear on the song, but she denied the offer, citing the fact that “there were middle people involved” as the reason, which explained that it would be difficult to collaborate on the song together.

Nicki recently congratulated Doja on her GRAMMY triumph, and she posted their talk about the honor on her Instagram story.

Fans, on the other hand, can’t help but notice that Doja casually texted Nicki “wyd,” which means “what [are] you doing,” which has sent them into a flurry of speculation that the two had been chatting to each other frequently.

Some of Nicki Minaj’s followers even believe that Doja is the unidentified individual who Nicki discusses her newfound TikTok addiction with.

crying cause this is literally doja 😭😭 https://t.co/bg5YlOtUat

After Doja mentioned Nicki on the red carpet at the GRAMMYs as someone who she wanted to record music with, and after the two have been exchanging frequent texts, the two may be working together on anything. However, fans should keep an eye out in the weeks ahead for additional clues.

Fans were more interested in the message that Doja had originally written to Nicki than they were in the letter that Nicki had written to Doja Cat. Imagine being able to SMS Nicki “wyd,” as one person stated in the comment section of the article. Nicki’s thoughtful act was praised by all around her.

Nicki was never a hater, as was stated by one of her fans in the comments area. Nicki continues to offer her congratulations to other artists despite the torment that the Grammys have caused her. Respect chimed in another devoted follower. Nicki also shared a video that she had published, which showed Doja Cat being interviewed by Entertainment Tonight on the red carpet.

Doja’s response when she was asked who on her bucket list she would most like to collaborate with was, “Who do I want to work with? Everyone is aware that Nicki is the culprit because this occurs consistently. “This is Nicki,”

Nicki Minaj’s celebration of Doja Cat’s Grammy triumph on April 3 has fans speculating if the two are working on a new duet. Doja Cat and SZA won a Grammy for their song ‘Kiss Me More’ Doja Cat gave an impassioned victory speech.

Stay tuned for more latest updates and news on Leedaily.com.