There was a time when fans wished to be the dream couple just like Ian Somerhalder and Nina Dobrev. The on-screen relationship between Elena Gilbert (played by Nina) and Damon Salvatore (played by Ian) was enough to make us fall in love with “love”.

But when the fans heard that the on-screen hit couple were in a relationship in real life, who can blame them for losing their mind? The relationship was kept private until the paparazzi secretly captured them as being all romantic.

In an interview, Dobrev said, “Sometimes you can’t help who you have a connection with, and you can only fight it for so long — which I did for a long time.”

However, what seemed like a fairy-tale relationship ended in 2013 and the fans were shocked. So why did Ian and Nina break up? Here is what you need to know about the famous relationship

The relationship of the TV hit couple became a matter of public interest while filming on the set of the teen drama series, “The Vampire Diaries”. During Ian’s 32nd birthday, the couple had an unconventional way of celebrating their love by filming a very explicit scene for their series.

Though the couple remained very private with their relationship, they never failed to show love in public. They attended multiple events together and there were even rumors that Ian proposed to Dobrev but she said no. However, that was just a false claim and both the stars laughed off the rumors.

Nina said, “It’s not like back in the day when you have to get married and have your children by 18,” “It’s not true. If it were true, I would admit to it, ’cause getting turned down builds character!”

From going to Coachella and Paris together to attending Met Gala after parties, they were really into each other. The relationship looked picture-perfect and honestly, there were a lot of reasons for that.

However, Somerhalder and Dobrev broke the news of their split that happened in May 2013, and the fans were more affected than ever. The break-up was very drama-free and Dobrev said E! News, “I’ve said this before, that we didn’t break up because anything bad happened or because there wasn’t love or friendship,” “I love him and the friendship is still strong and I think he’s great and I care about him. And that didn’t change. Yes, we’re professional and that’s fine. We were friends long before we dated and we still are now.”

The couple even joked about their break-up during the People’s Choice Awards. However, what is the real reason behind the split? It is said that the main reason is because of the age difference. The couple realized that they wanted different things in life and that resulted in the slowly fading out of the relationship.

Ian was 34 years old and Dobrev was only 24 and so, a decade age difference is something that the former couple struggled with. Though they maintained a very personal relationship as friends, the ex-couple couldn’t help but feel jealous when they spotted their partner with someone else.

The Couple Have Moved On

They may have grown out of the relationship but fans still wondered if the dream couple would have ever ended up together. Well, Ian found love in Nikki and married her in 2015. The couple has been together ever since then and they even have a child together.

Besides, Nina has been involved with many men after that. But Nina is currently in a relationship with American snowboarder Shaun White. The couple is expected to get married soon and it’s in the cards. 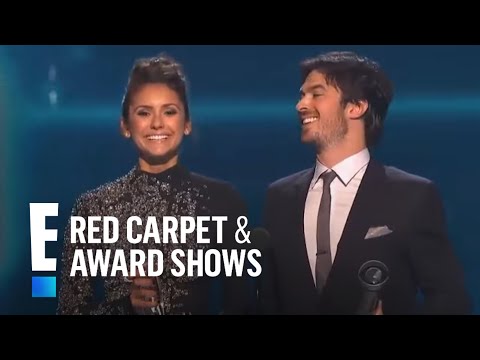 When it comes to the friendship between Nina and Ian, they are still friends and even went on dinner dates with the couple. A fan called this weird but Nina stated, “Why can’t everyone be friends? I think they have a beautiful baby, and they are happy and so am I. What’s bad about that? I don’t see any problem with that.”

Well, the truth behind the break-up of TV’s most famous couple is out but they are still professionally and personally connected. Nina and Ian may have gone separate ways but they still have mutual love and respect for each other. We hope they maintain this friendship forever!

Nina Dobrev has made a name for herself for sure. Nina has to say over and over that she’s not Victoria Justice, a celebrity she’s often confused with, but she still stands on her own, especially after her success on the hit CW show Vampire Diaries.

Stay connected with us on Leedaily.com for more latest updates and News.