The most recent episode of House of the Dragon continues the bloody tradition that weddings are a source of disaster in the land of Westeros.

Rhaenyra Targaryen reluctantly agreed to marry Laenor Velaryon in the episode. Still, the wedding festivities were cut short on the first day due to fighting between Criston Cole and Laenor’s covert lover, Joffrey Lonmouth, despite plans for a week of celebrations.

But Cole’s attack in the episode’s final seconds seemed to come out of nowhere, leaving many to wonder why Criston killed Joffrey.

The focus of House of the Dragon episode five is Rhaenyra’s impending nuptials to Laenor Velaryon, which King Viserys arranged after chapter four.

Rhaenyra suggests that while the couple is being married, they should be allowed to pursue their romantic interests because the bride and groom both view their union as one of duty rather than love.

However, this brings up a whole other can of worms since Joffrey Lonmouth, Laenor’s secret lover, surmises that Rhaenyra’s proposal must imply that she has her own hidden lover as well because, while at the wedding, he witnesses Criston Cole fixating on her.

Joffrey makes a rather audacious move by approaching Ser Criston and making overt allusions to his knowledge of Cole’s extramarital relationship with Rhaenyra.

A short while later, the wedding festivities turn violent as Criston attacks Joffrey and beats him until he collapses dead on the floor of the throne room.

Why Did Criston Cole Kill Joffrey?

Since of his intense remorse over his relationship with Rhaenyra, Criston killed Joffrey. Joffrey’s statements drove him to insanity because he did not want the affair to be revealed.

The executive producer and writer of House of the Dragon, Sara Hess, discussed the reasons behind Criston’s vicious attack on the official Game of Thrones Podcast. She said: “Cole is all about honor, he grew up with nothing, he was a wandering sell sword and wandering knight so he didn’t have money and didn’t have the station, and now he gets this white cloak.

He took an oath of chastity, which he later betrayed. He sought to marry Rhaenyra but she said “no” because of the great shame he feels as a result. 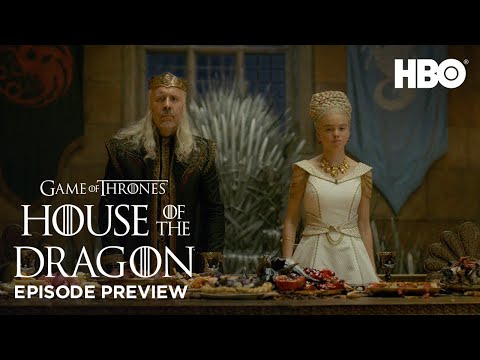 He contemplates his shame as he sits there watching the wedding festivities, thinking, “I sullied the princess, and this is what I’ve done. He is fervently committed to his cloak and to his calling, which, in my opinion, reflects the fact that he is deeply aware of his shortcomings.

“Joffrey is only making fun, but he unintentionally touches the nerve that represents Cole’s sense of honor and self-righteousness, which is what motivates him throughout the rest of the series. It drives him on in life. He finally snaps because he feels like he will lose everything if this is discovered.

At the end of the episode, Ser Criston is seen by himself in Godswood contemplating suicide because of his shameful behavior. However, Queen Alicent stops him and persuades him to think again before he can do the deed.

Even though it’s only a quick sequence in the show, Ser Criston’s relationship with the Queen and her children in the impending Targaryen Civil War changes dramatically from this point on in the books.

The scenario is especially heartbreaking because both Alicent and Criston had been used as tools by Rhaenyra, who deceived Alicent about her nighttime wanderings in episode 4 and coerced Criston into violating his promise of virginity in order to serve as her sidekick.

Sir Criston doesn’t say why he killed Joffrey who was in love with Sir Laenor but it seems likely that he did it because he thought Joffrey was making fun of his relationship with Rhaenyra which made him angry and ashamed.