Captain Tsubasa is perhaps the best title for football enthusiasts when it comes to sports manga, but more recent years have brought us some new, intriguing titles like DAYS and Aoashi as well as Blue Lock, which is the most current title on this list.

In October 2022, we finally had the pleasure of witnessing the anime adaptation of the intriguing new football manga Blue Lock. We have chosen to discuss the incredible Blue Lock voice actors in this article.

The most significant Blue Lock characters appearing in the anime series, along with the voice actors that play them, are listed below. Here is a quick summary before we discuss each character in turn:

Isagi is a rather tall teenager with moderate muscle tone, although he gains strength over time. In the manga, he has short, dark blue hair; in the anime, it is black. Her blue eyes are framed by a V-shaped fringe of hair. He donned a white undershirt, a striped tie, and an unbuttoned blazer to Ichinan High School.

Meguru Bachira is a member of the Z team. He has golden eyes and black hair. He is strange and extravagant, from Chiba Prefecture, and has a propensity to sing while he speaks. Although he has a pleasant disposition, when he plays, he turns vicious. Since he was a child, he has always been a huge football fan, but his peers did not share this enthusiasm, thus he was teased for being a weird kid.

blue lock characters and their voice actors (a thread) pic.twitter.com/iUuC9I70cc

Kunigami has a strong sense of morality. He can be quite serious about his football career, training, and lifestyle, but he also knows when to unwind and have fun. He is seen as being composed yet quite passionate when it comes to football. He can also be as logical and circumspect as Raichi, with whom he frequently has disagreements.

The football player on team Z, Hyoma Chigiri, is arguably the best in the group after Isagi. He has pink hair and pink eyes. He views Isagi as a competitive foe because they both want to be the world’s best strikers. He previously suffered a knee injury, and although he was able to recover, he was unable to fully utilize his striking abilities out of concern about another injury.

Team Z’s Wataru Kuon is a member. Although he was essentially the one to keep the gang together in the beginning, he gives off the impression of being helpful and compassionate when in fact, he is cunning and manipulative. He attempted to betray his colleagues in the game against team W by giving the win to the opponents to establish himself as his team’s top scorer.

Football player Jingo Raichi plays for the Z squad. He is a white-haired brawler who frequently uses filthy language to express himself. He has a quick temper and uses every excuse to portray himself as a football player. Despite not having very strong finishing abilities, he is constantly seeking the goal.

Yudai Imamura is a football player with the Z team who is characterized as a womanizer by his colleagues. Because his on-field abilities won’t truly stand out in comparison to those of the otherwon’temy members, he is effectively passed over at the second selection.

Young Gagamaru is extremely tall and has long, black hair that is tucked back into a bun and has since been colored blonde. Gagamaru is dressed in the typical bodysuit (grey with black stripes) and tracksuit at Blue Lock. He put on the blue #6 Team Z jersey and the grey Team Z football boots for the first pick.

Anime character that get voiced by junichi suwabe are top tier pic.twitter.com/jHTJO62bDp

The Z team’s football player is named Asahi Naruhay. He is a young man with blonde hair who wants to play professional football because it will help him and his siblings live better now that their parents have passed away. He is well conscious of his limitations, and despite his best efforts, he is aware that he lacks talent as a football player. 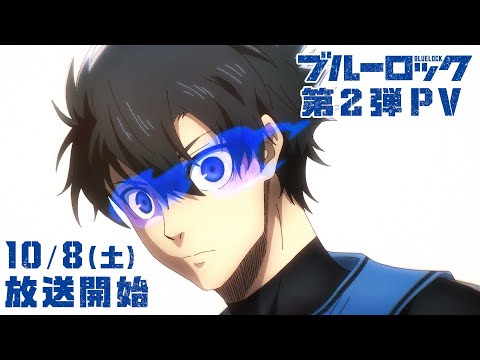 The Z team’s football player is named Okuhito Iemon. Iemon is a tall black-haired boy who has a good heart. Despite his lack of talent, he performed admirably as the goalkeeper during the initial phase of the game.

Football player Gurimu Igarashi plays for team Z. His father owns a temple and would like for him to inherit it, but Igarashi is only interested in playing football. Although he lacks talent compared to many others at Blue Lock and is often agitated, he is competitive and willing.

The football player Ryousuke Kira defeated Isagi in a game when the latter lacked the guts to shoot and score during the Saitama Prefecture high school championship. He has good results with women. The Japan Under-18 National Team is keeping an eye on him; Keisuke Honda and Shinji Kagawa are two of his favorite players.

A very different trainer from others in Japan, Jinpachi Ego has a very egotistical mindset. He said that the attacker was in control of the field and that the other players existed just to receive passes from the attacker. Ego loves his nation and wants him to win the World Cup by developing the best striker in the world, despite all of his disagreements with the opinions of the majority of his fellow citizens.

The biggest dream of Anri, a composed yet fierce woman, is for Japan to win the World Cup. Anri loves the game of football. She maintains her aspirations and vision despite the Japan Football Association’s majority mocking her and treating her as a woman with lofty ambitions and large breasts. She also expresses her opinions without regard to the Japan Football Association’s corporate philosophies.

On team X, Shoei Baro is the most powerful player. He was known as King and was Isagi’s first foe at Blue Lock. He has always displayed an outstanding flair for football since he was a little youngster. He possesses tremendous shooting strength and excellent dribbling, which enable him to score even while kicking from more than 27 meters away from the goal. His game is incredibly unique in both nature and playstyle.

In October 2022, we finally got to see how the interesting new football manga Blue Lock was turned into an anime. In this article, we chose to talk about how great Blue Lock Behind The Voice Actors is.

Stay tuned with us on Leedaily.com for more latest updates.