There have been more animated movies geared toward families during the last few years. There is no shortage of entertaining films for viewers of all ages, including both sequels and original works.

However, one of the most well-liked recent animated films is the 2016 release Sing. There are many famous people in the movie. With the debut of Sing 2, many fans are curious as to which A-list actors voiced the cartoon’s characters.

The life of Buster Moon was depicted in the 2016 film Sing. To boost business for his struggling theatre, the ambitious koala conducts a singing competition. Sing became one of the biggest animated hits of the year thanks to the film’s inclusion of numerous classic songs, all of which were performed by the main characters.

Sing 2, the eagerly awaited sequel, debuted in theatres on December 22, 2021. In terms of popularity, it’s already well on its way to catching up to the original.

Matthew McConaughey is one of the several actors from the original Sing who voiced their characters in the sequel. The koala Moon, who runs the Moon theatre, is voiced by the celebrity.

The father of three has established himself as a regular in the entertainment industry for years, showcasing his talent in everything from dark TV dramas like True Detective to romantic comedies like The Wedding Planner.

The Black Widow, a.k.a. Scarlett Johansson, gives her voice skills to Ash, a spirited porcupine. 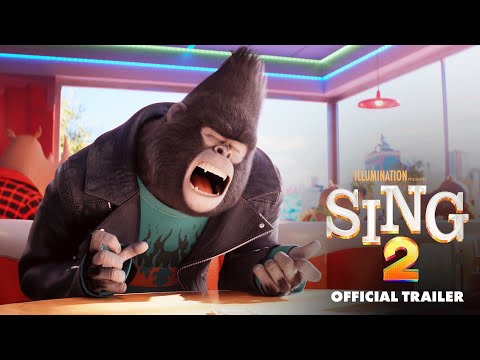 Johansson first started in the entertainment business as a kid star and immediately became well-known thanks to her adaptability and distinctively husky voice. Johansson has recently tested her superhuman muscles by participating in several high-profile Marvel films.

Reese Witherspoon Is The Voice Of Rosita

Rosita in Sing 2 is Reese Witherspoon’s voice, according to Cinema Blend. Even when the other performers are hesitant to take the stage, the charming, upbeat pig cheers them on.

A pig and a porcupine walk into a bar…. @singmovie jokes! 😉 pic.twitter.com/JuvDLQuxwq

In addition to portraying snarky characters like Elle Woods in the Legally Blonde series and winning praise for her tragic performances, in Big Little Lies, Witherspoon is well known for her upbeat personality on screen.

Johnny, a monkey with a superstar voice, was a fan favorite from the film Sing. Taron Egerton provides the voice for Johnny in both Sing and Sing 2. The young actor first attracted attention for his performance in the Kingsman series, where he shared the screen with luminaries like Colin Firth.

Egerton most recently received accolades for his portrayal of legendary rock artist Elton John in the upcoming musical Rocketman. Without a doubt, his part in the Sing series has given him a fantastic opportunity to display his amazing singing talent.

In Sing 2, singer Tori Kelly completes the voice cast. She plays the shy, lovable elephant Meena. Even though Kelly has had a long and successful career as a musician and singer, the Sing franchise marks her first acting role. Kelly has, however, made appearances on a variety of reality competition programs, such as The Voice and The Masked Singer.

Matthew McConaughey, Reese Witherspoon, Taron Egerton, and Tori Kelly are some of the Sing 2 behind the voice actors. Sing 2 is an American computer jukebox directed by Garth Jennings.

Stay tuned with us on Leedaily.com for more latest updates.