The asymmetric multiplayer survival horror game Level Zero has the appearance of Dead By Daylight and Alien Isolation combined, possibly for the better. It’s the time-honored tale of a failed scientific mission.

Teamwork is crucial as four scientists engage in a PvP battle against two formidable monsters to survive. I recently attended a hands-off preview that the developer DogHowl Games invited me to, and so far, I’m feeling positive.

As the science team, it is your responsibility to discover and repair the damaged fuse boxes in all three sectors so that the electrical system may be restarted. Don’t rush, but if you don’t restart the power within 30 minutes, you’ll lose. That requires a toolbox that’s hidden in the shadows.

After that, activating the mainframe results in a frantic final battle that sends you into complete darkness for 60 seconds. Only one scientist survives to claim victory. DogHowl understands that there is a learning curve involved in this, so take your time looking over the map.

There are no firearms or melee weapons available to you here to defend yourself, therefore your only effective weapon against creatures is light. This calls for strategic planning because there are few resources accessible, so you must choose your time carefully.

Should you employ the UV light that doesn’t damage monsters yet never runs out of power? Do you pick a torch that suffers small harm yet steadily loses power? Or do you need a reliable flare that will both light up your surroundings and deal serious damage to monsters?

If a scientist is ambushed, quick-thinking colleagues may be able to save you; nevertheless, dying does not automatically relegate one to a spectator lobby. Instead, dead scientists pilot a non-armed drone that gives them the ability to identify stuff, transport items to colleagues and use a UV light to track creatures. Drones cannot be killed by monsters because doing so would be slightly harsh, although they can be momentarily stunned.

On the other hand, creatures behave significantly differently, and your main objective is much clearer: either kill every scientist or stop them from turning on the mainframe. You’ve lost if even one scientist is still breathing when the electricity comes back on.

Monsters possess natural powers such as the ability to sense human heartbeats, control electricity to turn off light sources, or even scream to make people drop stuff, unlike scientists who carry a variety of tools.

With the use of an energy meter system, Level Zero appears to balance your strong talents well. Monsters must first collect eggs to maximize their energy, and once they have, your meter will begin to regenerate on its own.

You can see in the dark, unlike scientists, but the major disadvantage is that you lack a minimap. So, utilize these skills effectively. If a scientist kills you, monster respawns are unrestricted but take 35 seconds to appear again.

Without getting your hands dirty, you can only gauge so much, but what’s here seems impressive. Level Zero feels like it prioritizes strategy, whether it’s navigating chambers while looking for a toolbox or entangling scientists in a pincer formation. Whatever your position, team communication is crucial in these ominous industries. I enjoy that the “killers” aren’t left to celebrate their wins by themselves, unlike in Dead by Daylight.

At launch, Level Zero will include three maps, with the Space Station serving as the primary focus of this preview. Sure, the design isn’t tremendously novel, but from what I can tell, it was successfully done. The ominous mood was felt throughout these dark passageways, flickering lights, and numerous bodies of those who had gone before us.

It’s a terrible concept that dynamic events like burst pipes can increase tension and sporadic outages offer monsters 40 seconds of unchecked power. If they don’t murder you, the tension most likely will. 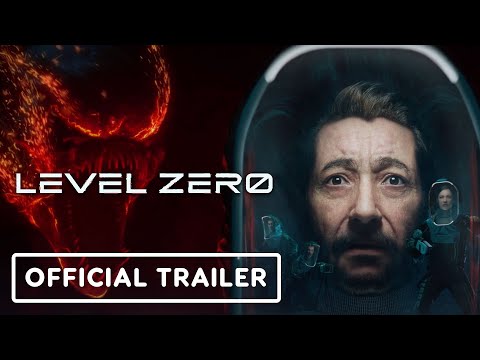 Players are rewarded with experience after either team achieves its objectives, allowing you to purchase up to three extras like faster sprinting. Those vanish once you pass away, but you can buy them again. There are also opportunities for character customization, offering various cosmetic items like skins, gloves, and outfits.

Although not many of them were displayed, I was able to see DogHowl’s post-launch plans. New game types, extra cosmetics, and more bonuses are on the way, along with more maps. Everything sounds pretty vast! There isn’t yet a set timeline for DogHowl Games’ migration of Level Zero to Unreal Engine 5, although it is planned.

Asymmetric horror is dominated by Dead By Daylight’s six-platform crossplay. Dead By Daylight isn’t the only asymmetrical PVP game; Dragon Ball: The Breakers is another. Level Zero is an asymmetric multiplayer horror game by DogHowl Games.