After almost a three-week break, CBS’ “FBI” Season 5 Episode 5 was aired. Continuing the storyline and giving out intense details, CBS’s FBI Recap Season 5 Episode 6 was released this week. The fans had to patiently wait for long enough to catch up with the nifty details of the crime-thriller.

Like every other season, the show is about the life of FBI agents who spend the majority of their time investigating crimes from the FBI’s New York office. Wolf Entertainment, CBS Studios along with Universal Television have joined in the production of the series. Seasons 5 and 6 of the “FBI” has been recently renewed, in May 2022, and fans were lucky enough to gain more clarity about the show.

With “FBI” Season 5 Episode 6, the elite squad of FBI has again proven its worth. If you have dedicatedly followed the show, then you already know how important it was for the show. So, we are investing time in sharing the FBI Recap, “FBI” Season 5 Episode 6 and you will even get details that you might have never thought about.

When did the “FBI” Season 5 Episode 6 Release?

Thus, no chance of missing the intense drama.

Before going straight into the storyline of “FBI” Season 5 Episode 6, let’s take a visit down memory lane to give a brief about the chief players in the FBI. As we know, Special Agent Maggie Bell is a strong-headed woman giving high priority to commitments since she was born and brought up in a family where law enforcement runs in their blood. 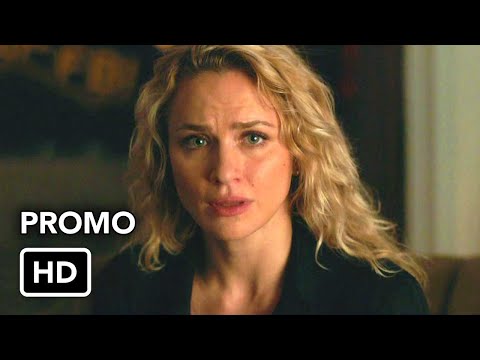 Now, what happens in “FBI” Season 5 Episode 6 is crucial to follow since it will connect the dots with the next episode. It has been titled the “Double Blind” and of course, there will be a lot of blinding things that will be happening.

We see Tiffany is investigating the murder of a very rich accountant who was shot dead after testifying against a highly dangerous drug lord. Tiffany was seen seeking help from her buddy who was previously part of the NYPD.

In episode 5, you may see how a guy was shot dead in broad daylight. It happened when he was going back home and that was in fact, the opening season of episode 5. In connection with that, the crew started getting concerned because Frank Leon was seen getting rid of his assets after the investigation began. Later OA and Nina considered this to be their responsibility to inform the wife about her husband’s unforeseen demise.

Apart from that, it was discovered that Ralphie was fishing with El Feo. However, he had the plan to do something else as an act of revenge on who is responsible for his brother’s passing. Meantime, Tiffany enters the scene and tries everything to reason it out with him.

However, he is determined. So, as the end nears, Schola shoots El Feo when he reaches for the gun whereas Tiffany had no other option but to shoot Ralphie. Thus, after the death of Ralphie, Tiffany feels like it’s her mistake. A range of emotions is explored in “FBI” Season 5 Episode 6.

Where is FBI” Season 5 Episode 6 Streaming?

After a break of over three weeks, CBS’s FBI will return with the Sunday night premiere of “Double Bind,” the sixth episode of season five. Episode six, which is being directed by Alex Chapple with a script by Claire Demorest, will air on Sunday, November 6, 2022, at 8:30 p.m. ET/7:30 p.m. PT.

Stay connected with us for more updates and recent news on Leedaily.com.