The music industry has had a difficult few weeks as a result of some tragic untimely deaths that made the news. Why Did The Migos Rapper Takeoff Get Shot In Houston? Rapper Takeoff of the Migos passed away unexpectedly on November 1, 2022, in Houston while attending a private party with between 40 and 50 people.

Since Takeoff was only 28 years old, many people are curious as to how he passed away and who was to blame.

Tragically, Takeoff’s career was cut short. He expressed excitement about the trajectory he was on in a 2015 interview with Rolling Stone, saying, “It’s a blessing.” But this is just the beginning. You still haven’t seen anything. Continue reading to learn more about Takeoff’s passing.

Why Did The Takeoff Get Shot In Houston?

How did Takeoff pass away? In Texas, the rapper was tragically shot. According to People, Police Chief Troy Finner said at a press conference that Takeoff had passed away. “Officers received a call about a shooting that was taking place this morning at 2:34 a.m. Soon after, officers showed up at the Billiards & Bowling Alley in the city centre.

They discovered a dead male when they arrived. That man has been identified as Takeoff, also known as Kirshnik Ball. He is a rapper who is a part of the Atlanta-based Migos trio, according to Finner. “I received a lot of calls, both inside and outside of Houston. Everyone praised the young man for being kind person and tranquil. What a wonderful artist.”

“I spoke to this young man’s mother just an hour ago; she travelled in from out of town,” he added. I want everyone to comprehend the anguish and pain a mother goes through. difficult I assured her that this city’s police department stands with any homicide victim’s family as we do with any victim of crime. I want to express my gratitude to Commander Spears and the members of our murder unit for all of their hard work.

According to numerous witnesses and police authorities, the incident happened on November 1, 2022, just after 2:30 am, as reported by TMZ. When Takeoff and his uncle Quavo were playing dice at a bowling alley and an incident happened, 911 was summoned.

Five bullets were fired, according to an audio of the call to emergency dispatchers that TMZ released. What is required of her? In one of the videos from the 911 call, Quavo said. TMZ reports that a witness identified herself as a nurse and offered to assist Takeoff.

Security personnel at the occasion heard the shooting but did not see the shooter, according to police during a press conference. Quavo can be seen attempting to move his injured nephew in a video obtained by TMZ and shared on social media before setting him down and screaming for assistance.

Unverified accounts from putative witnesses on social media claimed that the shooting started as a result of a disagreement over the dice game. Takeoff, also known as Kirshnik Khari Ball, was reportedly shot in or close to his skull and pronounced dead at the scene. Two more people, according to the police, were shot and driven to the hospital in private vehicles. Quavo suffered no harm. 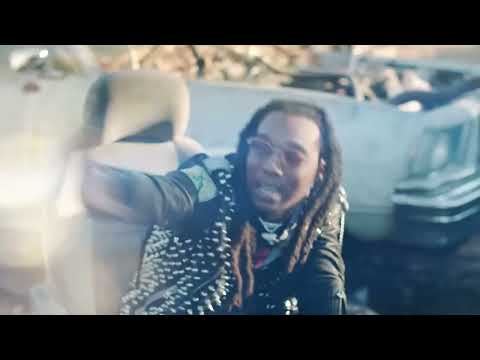 40 to 50 people were there when the incident occurred, according to police at the site, local news outlet Click2Houston said. The celebration had ended around 1 am but continued until 2.30 am, which is when the shooting took place. It was reported that numerous shell casings had been discovered outside the pool hall and bowling alley.

Investigators are working to determine exactly what happened before the shooting and who is to blame for Takeoff’s premature death despite social media versions of the occurrence. Takeoff’s identity has first kept a secret to enable his family time to be notified and for his identity to be confirmed.

According to the New York Times, Takeoff’s lawyer Drew Findling, a close friend of numerous rap musicians, called Takeoff’s passing “a sad loss, particularly for Atlanta.” He stated, “There’s a sense of calmness about Takeoff’s aura when you’re around him. He looks at you, listens to you, and is more interested in what you have to say than what you have to say about him. Takeoff was becoming more well-known. His moment to shine has come.”

What was Takeoff’s cause of death?

According to information provided on Page Six by the Harris County Institute of Forensic Sciences, the coroner declared “penetrating gunshot wounds of the head and chest into the arm” as the cause of death on November 2. Takeoff’s killer is still at large, and the cause of death was determined to be a homicide.

What were Takeoff’s last words?

Just ten days before his passing, Takeoff gave his last interview. The rapper discussed his career and the Only Built for Infinity Links album in an interview with REVOLT’s Drink Champs podcast and YouTube series. Takeoff was asked if they believed it was the correct moment to do so by host N.O.R.E., who lauded it as their “opportunity to prove it.”

“Yes, of course. It’s enough already. I’m laid back and chill, but that isn’t the point. I don’t want to lay down when I’m not here, therefore it’s time to give me my flowers, he added. In addition, Takeoff and Quavo discussed their falling out with Offset, the third member of the Migos, and admitted they had always wanted to go their separate ways. Takeoff remarked, “Just a bucket list, just like me personally.”

“This is how I feel, true uncle. We have been doing this as we do with music. I’ve always wanted to release a small collaborative album because, well, why not? How come I can’t drop one? Quavo concurred. “At the moment, I have faith in the pair. Like you just said, loyalty is a key component of the game. We rely on commitment. Simply put, this is about us. When something is wrong, you have to freak move on. They had no intentions to get together again.

Multiple Houston promoters are claiming they allegedly saw Takeoff get shot & killed at an event. (More as the story develops) pic.twitter.com/VrMRuhhJME

Just sad to hear of the death of another rapper, son, brother, and friend. Rapper, actor, and activist Killer Mike wrote: “May God Bless Our Dead & May God Protect Our Living. God be with all those who are grieving. wishing the Migos family well. I’m wishing for my people that we might one day put a stop to our internal conflict.”

Who were Takeoff and Migos?

In 1994, Kirshnik Khari Bal, now known as Takeoff, was born in Lawrenceville, Georgia. In 2008, he and Quavo, his uncle and a fellow rapper formed the group Migos. The group gained popularity with the song “Versace” in 2013, and then with the release of “Bad and Boujee” in 2016, their success grew.

The song became viral and served as the basis for a huge number of memes. When Atlanta actor Donald Glover mentioned the 2016 song in his victory speech at the 2017 Golden Globes, the song garnered even more popularity. I genuinely want to thank the Migos for creating “Bad and Boujee,” he remarked, not for being on the show. As if it were the greatest song ever.

When Offset was absent from their most recent album, Only Built for Infinity Links, in May 2022, rumours that the group had broken up began to spread. When the quartet decided not to perform at the Governor’s Ball music festival in June 2022, rumours persisted. The rift between the trio appeared to be all but confirmed when Offset and his wife, Cardi B, unfollowed both Quavo and Takeoff on social media.

We want to see our career as a partnership, Quavo said in an interview with the Big Facts podcast in October. We come from a loving family where everyone is expected to get along and stick together, but sometimes things just don’t work out and it’s just not meant to be… We base our positions on loyalty, but it’s not always evident. We will now work as a pair until further notice.

Just a few days before the premiere of the new documentary series Hip-Hop Homicides, which explores the rising violence inside the hip-hop scene, Takeoff passed away. Van Lathan, a TV producer and host, tweeted that he was “just building up the bodies of young, rich Black males.”

Hip-Hop Homicides explores the startling number of homicides inside the hip-hop scene, where more than half of those cases remain unsolved, in reaction to Takeoff’s final words, “I wish somebody cared.” The series executive producer is 50 Cent. On WE tv, the programme debuts on November 3, 2022.

If you have any questions, please leave a thoughtful remark in the section below and keep up with us on our website, Leedaily.com.