It has come to our attention that The Imperfects, one of the best shows that were available on Netflix in 2022, has been cancelled. Yep. The fact that Netflix has decided to Cancel the brand-new programme The Imperfects after only one season has left me feeling quite down in the dumps. It was disclosed that the streamer had the opinion that the show did not receive sufficient attention during its first season to support a second season.

This occurs far too frequently with Netflix shows, and in my opinion, it is one of the most significant issues that users have with the streaming service. Because there is a good probability that one of their new shows will not be renewed for a second season, it seems as though there is no purpose in getting invested in one of their new shows.

This is a significant issue, and it has occurred frequently with Netflix shows, after I had finished watching the first season of the show, I became genuinely interested in it, only to discover that Netflix had decided to stop the series.

The Imperfects is the most recent addition to a pretty lengthy list of Netflix shows that were terminated much too soon before their natural end dates. The television shows October Faction, V-Wars, and I Am Not Okay With This are a few more that come to mind.

Having said that, the list might go on indefinitely. I Am Not Okay With This, The Society, First Kill, Archive 81, and Julie & The Phantoms were among the shows whose cancellations left me feeling the most disheartened.

The Imperfects Cancelled By Netflix After Only One Season

Before the announcement of this, we did some research to determine whether or not there would be a second season of The Imperfects. Everything that we learned was negative for the show, but we were unable to obtain any concrete information or get anyone to comment publicly on whether or not the series would be renewed. This truly isn’t something you see very often, so it gives the impression that they were cutting it very close.

This television show garnered a respectable amount of viewership and didn’t perform too poorly on the streaming service. In my opinion, it was a borderline situation that might have been able to be renewed. Nevertheless, it would appear that the streaming service is becoming hastier in the process of cancelling its series.

Even though it wasn’t a particularly good show, Resident Evil managed to place highly on Netflix’s list of the Top Ten Most Watched Shows even though it was recently cancelled.

Netflix Needs To Stop Cancelling Shows After Just One Season

My gut tells me that Netflix’s hasty decision-making when it comes to the cancellation of its original programming will ultimately lead to the streaming service’s demise. The amount of new series that are cancelled by the streamer is starting to make subscribers quite irritated and frustrated with the service.

My opinion is that they need to start being more selective about the shows they give the go-ahead to air. At the moment, they have given the go-ahead to produce far too many new shows, and there is essentially no promotion being done for them. 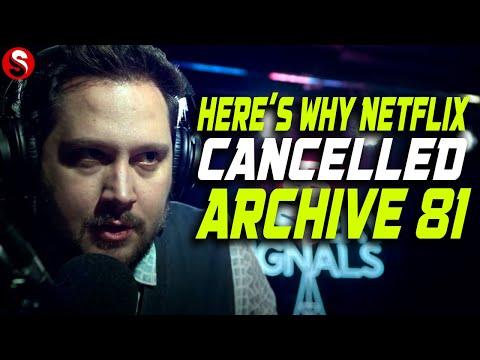 Both Disney Plus and Amazon Prime Video devote a significantly greater amount of time and resources to advertising their forthcoming shows. That is not something that Netflix does, and in my opinion, that is a mistake.

Both ‘Partner Track’ and ‘The Imperfects’ have been cancelled by Netflix after one season. pic.twitter.com/2Asl0zSP4C

Additionally, I believe that Netflix ought to begin the practice of releasing brand-new episodes of its shows every week. Already, that is what we’re seeing Disney Plus do with their newly released shows. This is something that Amazon Prime Video does with a few of its shows, and the results are very positive. It is high time that Netflix implements the same change.

Netflix has decided to cancel the brand-new show after only one season, which has made me feel pretty down. It came out that the streamer thought that the first season of the show didn’t get enough attention to warrant a second season.

Your thoughts on recent events? Do you regret Netflix cancelling The Imperfects after one season? Comment below on this topic. Follow us on Leedaily.com.