Films like “Midsommar,” “The Ritual,” and “Tumbaad” are without a doubt incredibly exceptional examples of the folk horror subgenre. The book of folk horror author Lynne Davison, “Mandrake,” which has a significant supernatural element, has now been added to the list.

It centres on the life of probation officer Cathy Madden (Deirdre Mullins), whose job is to help released criminals get back on track. One of these offenders, Mary Laidlaw, is released, and Cathy is in charge of keeping an eye on her. Because of her witch reputation, Laidlaw is known as “Bloody Mary,” but Cathy overlooks all the red flags and wants to give Laidlaw another opportunity at life.

However, it is debatable whether Mary will act morally or misuse Cathy’s kindness.

‘Mandrake’ What Happens in the Movie, in Brief?

Cathy Madden, a probation officer, took up Bloody Mary’s supervision after Mary Laidlaw (played by Derbhle Crotty) was released from prison. Mary Laidlaw was imprisoned for 20 years after killing her husband and was afterwards charged with witchcraft. Mary’s life, however, was terrible.

Cathy learned everything there was to know about Mary from her chief, Bill, who had a soft spot for Mary. He claimed that Mary’s husband had once badly beaten her and set her ablaze after discovering her with another man. Mary managed to survive with great effort and killed her husband in retaliation.

Cathy decided to oversee Mary and give her another chance to change for the better after learning about her horrible past, so she went to see her. Mary’s leg was fitted with a monitoring tag so that Cathy could keep tabs on all of her movements.

Mary’s home was reeking of satanic rituals and worship of the devil. She only had to glance at someone to read their thinking. She had the ability to read Cathy’s mind and understood that she was in fact a single mother. She shared custody of their son Luke with her husband Jason (Paul Kennedy), a sergeant.

Mary didn’t need to know about any of this, but Cathy eventually did. In the meantime, Duggan, a young guy discovered dead in the woods, and two children were found murdered, but Cathy wasn’t sure it was Mary. After the parents of the kids became upset with Cathy’s sympathy for the witch, Cathy went to see Mary in person.

Actually, Mary had slain those children by trapping them with the aid of his son. But when Cathy got to Mary’s house, she noticed something that would seriously jeopardise her life. Let’s talk about whether or not Cathy was able to defend herself from Mary. Additionally, “Mandrake” investigates whether Mary was actually a witch and what function her witchcraft fulfilled.

How Come Mary Killed Those Children? Mary, a witch or not?

Mandrake, also known as Mandragora, is a legendary plant that is employed in witchcraft. Just as the mandrake plant was used to represent the “moss” forest that was frequently mentioned in the movie. To spawn Evil, these plants must be uprooted.

Mary needed someone to pull the evil Mandrake out of its place so that she could give birth to Evil, for whom she had already sacrificed her two children. As a result, when Cathy visited Mary to ask about her, she used the assistance of her son Thomas to knock Mary out. Cathy was mercilessly abused by the two, who also chained her up around her neck and abandoned her in the moss forest like a slave.

When Cathy heard a strange scream, she proceeded to dig out the Mandrake’s root as directed by them. As soon as Cathy opened her eyes after passing out, Mary was cutting her leg and injecting something into her body. Mary really sliced open the baby-shaped root and collected the liquid that resembled blood.

‘Mandrake’ Ending, Explained: Was Mary A Witch? What https://t.co/R1WZbHBzJ5

She gave Cathy some of the liquid to drink and gave her son the remainder. Mary would have wanted Cathy to make that root come out so she could use this fluid to cure her son Thomas, who may have had diabetes or another fatal ailment that could be treated by the blood-like fluid.

After discovering that Mary was truly a witch and had murdered her husband and offered him as a sacrifice to the Devil, Cathy finally fell asleep. She realised that Mary had treated the two kids, as well as Duggan, in the same manner after they were discovered dead in the woods.

In any other case, the children and Duggan might have perished because to the root’s screams if Mary had intended them to dig out that root. We can even witness Duggan being murdered by the moss right at the opening of the movie.

Therefore, it could be a demonic ritual of any kind. She had to dig out the root in order to get the red juice for it. If it was too late for her to flee, Cathy knew she would meet the same end. To find a way out, she called her former customer Paul, but Mary caught her and imprisoned her.

What Happened To Cathy? Was She Alive?

When Cathy awoke the following morning, she had already left Mary’s home. Bill, who was madly in love with Mary, stabbed Jason when he broke into Mary’s home. Mary showed Jason an illusion of his present wife, Grace, who was pregnant as he was ready to catch Mary. Due to Jason’s delusion, Mary killed him.

Cathy fled into the woods after seeing everything with her own eyes. Grace, however, was at that precise moment walking through the woods with Luke, Cathy’s son. Suddenly, she was unable to locate Luke. She hurriedly looked for him, but Thomas had already abducted Luke. Thomas appeared to be a demon due to the horrible, twisted garment he was donning.

Luke was now in Thomas’ possession, as discovered by Cathy. So, after rendering Thomas unconscious, Cathy and Luke fled. Meanwhile, Grace and the parents of the two deceased kids discovered Thomas in the woods. Mary had to watch as they hanged him while he was still alive. On the way home, Cathy fled with her kid, but the baby-shaped root followed them.

‘Mandrake’ Ending Explained: Why Did Mary Practice Witchcraft? Did Cathy Become A Witch?

The primary reason Mary summoned the Devil was to improve her son’s health. In reality, Mary was a devil worshipper. She gave up her spouse and two kids in order to go exploring in the forest. She did, however, feel sorry for Cathy. She knew that Cathy was divorced from her spouse since she was unable to ever have children due to her pregnancy problems.

Mary hated men in society since she had also been abused by her husband. She made Cathy drink the gory liquid from the root in order to increase her capacity for procreation. Cathy could feel her womb being restored despite being on the edge of fainting throughout the procedure.

But Cathy still hated the horrible attitude Mary had. If Mary truly cared about the kids, she wondered why she had murdered their two older brothers in the woods. The following morning, Cathy discovered that her wound was healing, but she left without spending a single second in Mary’s horrifying chamber.

'Mandrake' Ending, Explained: Was Mary A Witch? What Happened To Cathy? Was She Alive? https://t.co/zCJiZizuw5

Mary, in contrast, was sentenced to death for a number of killings for which she was responsible. Because of his overwhelming desire for youth and health, which drove him to kidnap Luke in order to obtain the youthful blood, Thomas deserved to die. Therefore, Thomas’ survival was in vain when Cathy and Luke were able to escape. Even worse, the angry crowd whose children he previously murdered had to slay him.

We witness Cathy and Luke arriving at Grace’s house, where she had already given birth to her child. Cathy held Grace’s baby in her arms and stared into the mirror for a long time. Because the root’s juice was already in Cathy’s body, she unintentionally transported the root to her home. 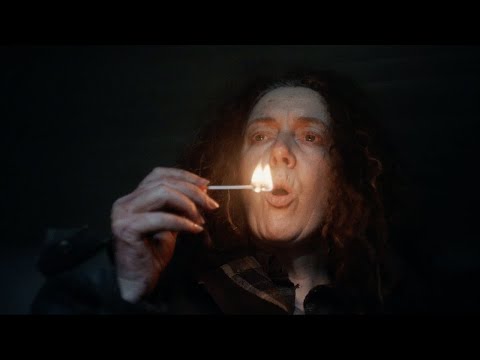 It is therefore possible to assert that Evil already possessed Cathy and will frighten her surroundings and perhaps even infect Luke. We see Mary exposed to the flames near the end of “Mandrake.” She was either killing herself or lighting the entire jungle on fire because she was furious about the murder of her son.

Dark and melancholy with a bleak plot, “Mandrake” is a horror movie. It is a fantastic plot with a folkloric feel, but it must be explained carefully. Myself, I initially thought the movie to be interesting but lost interest in the conclusion.

The ending of “Mandrake” appeared a touch hasty, and the plot lines were dispersed. Overall, the movie is exhilarating to see and is a good representation of the folk horror genre.

Stay connected with us on Leedaily.com for further details and the latest updates.