How To Watch The Good Doctor Season 6, Episode 6?

Here is how to watch the sixth episode of the season on fuboTV. The sixth season’s fifth episode air on ABC on Monday, November 7, 2022, at 10 p.m. ET. Although there is a 7-day free trial available for fuboTV which has a monthly fee of $64.99, fans can also watch the show there.

Fans may also watch the program through DirecTV Stream which has a two-month introductory price of $49.99 and an ongoing monthly fee of $69.99. The Good Doctor is also available for live streaming on Hulu Live. It costs $69.99 a month to add on.

The violent attack at the hospital interrupts Shaun and Lea’s wedding reception in the first episode, “Afterparty” and the trauma of witnessing the people he loves in danger has multiple effects on Shaun.

In the second episode, “Change of Perspective,” it is said that “Lim returns to work while facing her new reality and the emotions surrounding the changes. Dr. Murphy and Dr. Park meet the residents they would be supervising on their first day as surgical attendings.”

The team treats a well-known marital counselor after she hurts her ankle in episode three, “A Big Sign” but Dr. Audrey Lim is determined to learn the truth about what actually transpired in the operating room and launches her own internal inquiry.

The team works with a military reenactor whose attempt at realism has led to an explosive situation in episode four, “Shrapnel,” where Dr. Jordan Allen and Dr. Daniel Perez are in a race against time to find a severed foot.

Shaun, Asher and Powell treat a young patient on Halloween who has a unique hereditary condition, putting them on an uncharted path. Glassman and Shaun must set aside their differences to work together to attempt and discover a cure for Lim’s paralysis in episode five, “Growth Opportunities.”

One of the most well-liked American medical drama television series is The Good Doctor which debuted on September 25, 2017. Within the first few episodes of its premiere, this show gained so much popularity that a new season has been added. Yes! The Good Doctor Season 6 has finally begun and a few episodes have already been broadcast.

When Will It Be Released?

On November 14, 2022, The Good Doctor Season 6 Episode 6 will be released. The Good Doctor is one of the most popular television shows right now and new episodes are coming out one after the other.

One of the primary reasons The Good Doctor has been able to amass such a following is due to its captivating plot, which has led viewers to search for The Good Doctor Season 6 Episode 6 about which we have already informed them in the section above.

Online platforms are increasingly popular places to view series since they allow for the release of extravagant television shows and films. These numerous online platforms which make it simple for binge-watchers to watch these series with little effort required have also contributed to the increase in the watch rate for series. In fact, viewers can access internet platforms to view The Good Doctor Season 6 Episode 6. 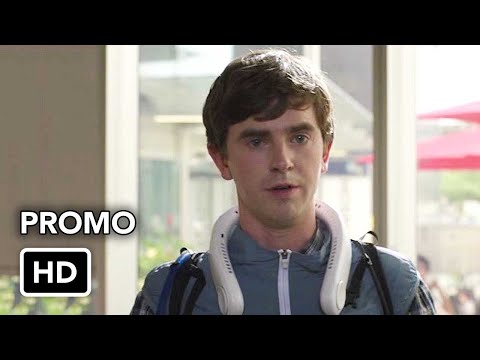 Here we discuss The Good Doctor Season 6, Episode 6 : How to watch? Fans can also subscribe to fuboTV, which costs $64.99 a month but offers a free 7-day trial. I heope you likte this article, if you like this, then please share it with your freinds and commenest in the comment box. Bookmark our website for more articles and news like this.

Stay connected with us on Lee Daily.com for the latest updates.